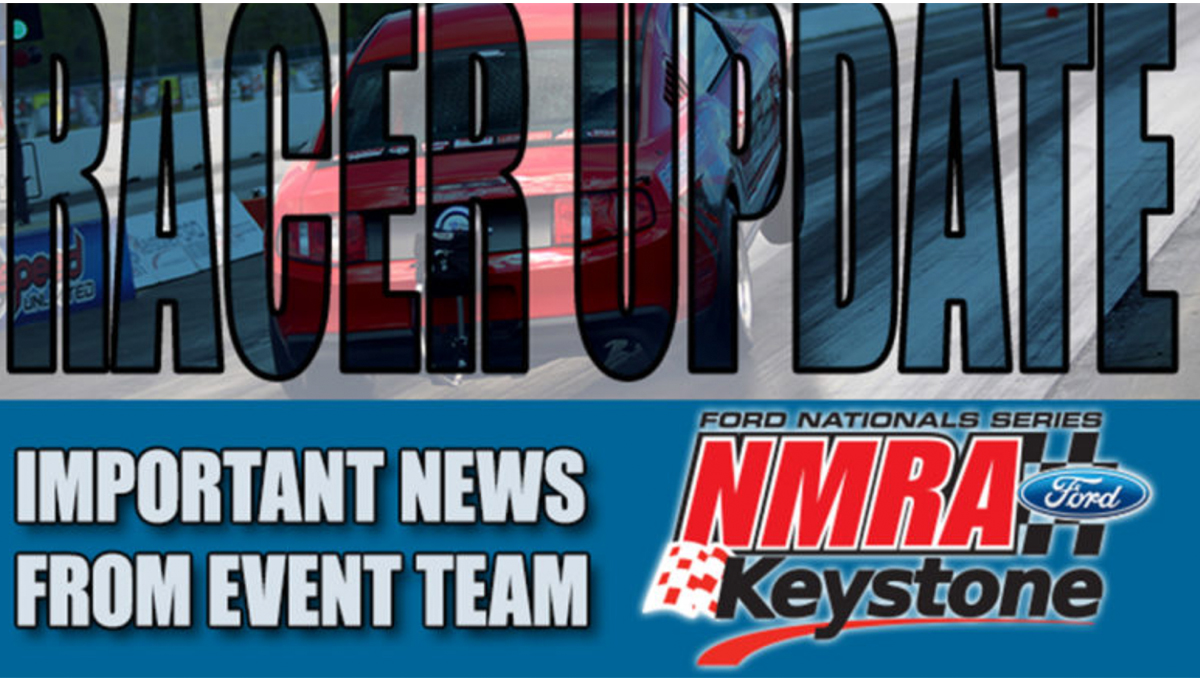 Last year on October 12, 2016, the NMRA Tech Committee announced the transition from the Gen 1 Ford Performance Coyote 5.0 to the Gen 2 model (P/N M-6007-M50SA). It included provisions for two different weights in 2017 and the minimum weight was to be equalized for 2018. As outlined in that press release nearly a year ago, the 2018 season will include a single minimum weight for both the Gen 1 and Gen 2 Coyote 5.0 platforms. As expressed a year ago, the ideal situation would be an indefinite continuation of the Gen 1 Coyote 5.0 production, however these are mainstream engines and we are bound by the life cycle of an OEM product line. Ford Performance has guaranteed a production run of the sealed Gen 2 engine through 2019, giving current and future Coyote Stock competitors unequivocal confidence when purchasing the engine. NMRA officials are committed to running the Gen 2 platform as the primary powerplant for 2018, 2019, and 2020 racing seasons. The NMRA Tech Committee will evaluate the Gen 2 inventory at that time to determine if the three-year guarantee can be expanded further. Coyote Stock was formed to create a level playing field without racers chasing weight breaks, like other categories. Despite two minimum weights 2017, the goal was to introduce the new engine platform and give racers a year to prepare for the transition to the Gen 2 Coyote 5.0. The new minimum weight for all Coyote Stock entries is 3,100 pounds.