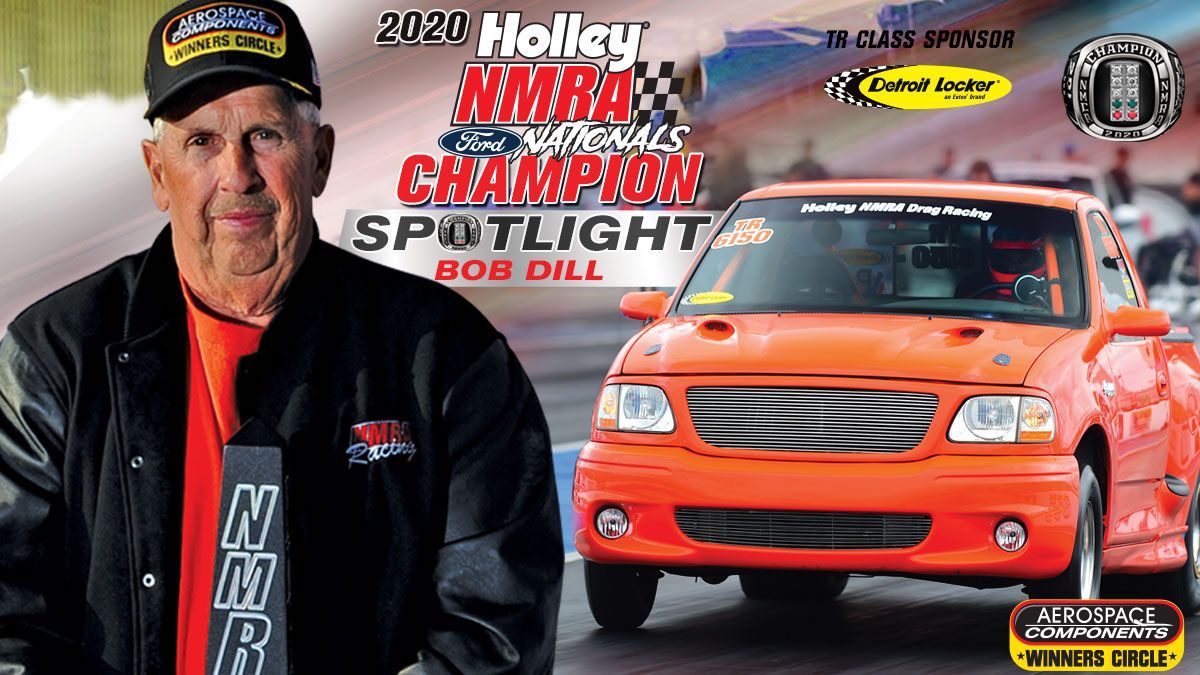 From the moment Bob Dill began competing in NMRA Detroit Locker Truck and Lightning back in 2007, he has enjoyed everything about the category.

That includes all of the Lightnings, F150s, Rangers and Rancheros, and even the occasional Super Duty.

He also has enjoyed everyone in the category, and has become friends with many fellow racers and their crew members through the years. And while he's all about the camaraderie off-track, he's all about the competition on-track, and after a fine fourth-place finish in NMRA Detroit Locker Truck and Lightning points in 2019, he was focused on doing even better in 2020.

In his 2001 Lightning powered by a turbocharged 5.0L Coyote engine, Dill, who consistently chooses dials in the highs 8s or low 9s, qualified in the third spot with a .009 reaction time and went all the way to the Aerospace Components Winner's Circle with a 9.04 at the first NMRA event of the season, the 26th Annual Nitto NMRA Spring Break Shootout, which was Feb. 27-March 1 at Bradenton Motorsports Park in Florida. Making the event even more memorable, he also put down a personal best of 8.885 and 152.04 mph with the favorable weather conditions. 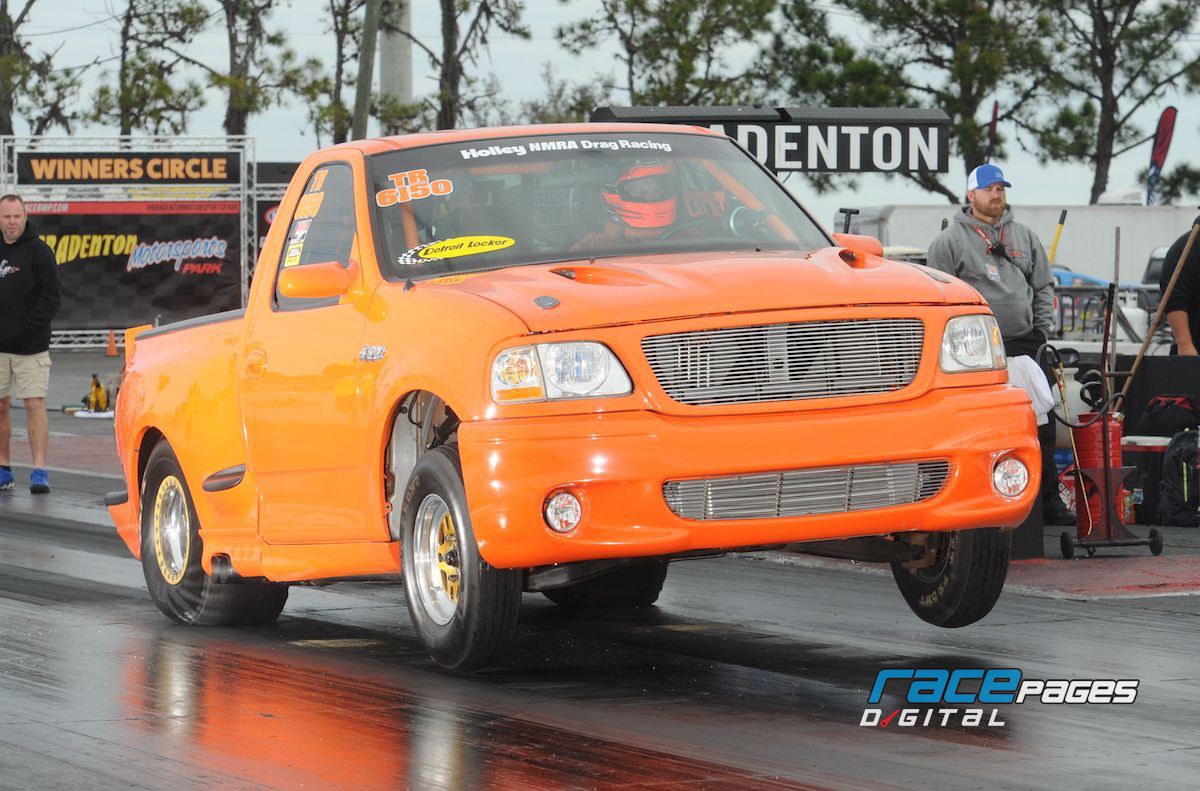 The Pennsylvanian recorded an .018 reaction time to qualify in the second spot, and later lapped up the runner-up finish with a 9.21 at the12th Annual Scoggin-Dickey Parts Center NMRA/NMCA All-Star Nationals in June at Atlanta Dragway. On a roll, Dill won again, this time with a lifting 9.23 when his opponent had trouble at the Nitto Tire NMRA/NMCA Super Bowl of Street-Legal Drag Racing presented by HPJ Performance in early August at World Wide Technology Raceway in Illinois.

When the points were tallied moments after that final event of the season, Dill was hailed as the 2020 NMRA Detroit Locker Truck and Lightning champion.

To win a championship was a lifelong dream for me, said Dill. It really means a lot to me, especially considering how tough the category is, and how much I like it and everyone in it. I'm already looking forward to next year.

While the Coronavirus pandemic prevented NMRA from having its annual ceremony to celebrate champions, each was invited to share the words they would have shared on stage in front of their fellow racers, family and friends. 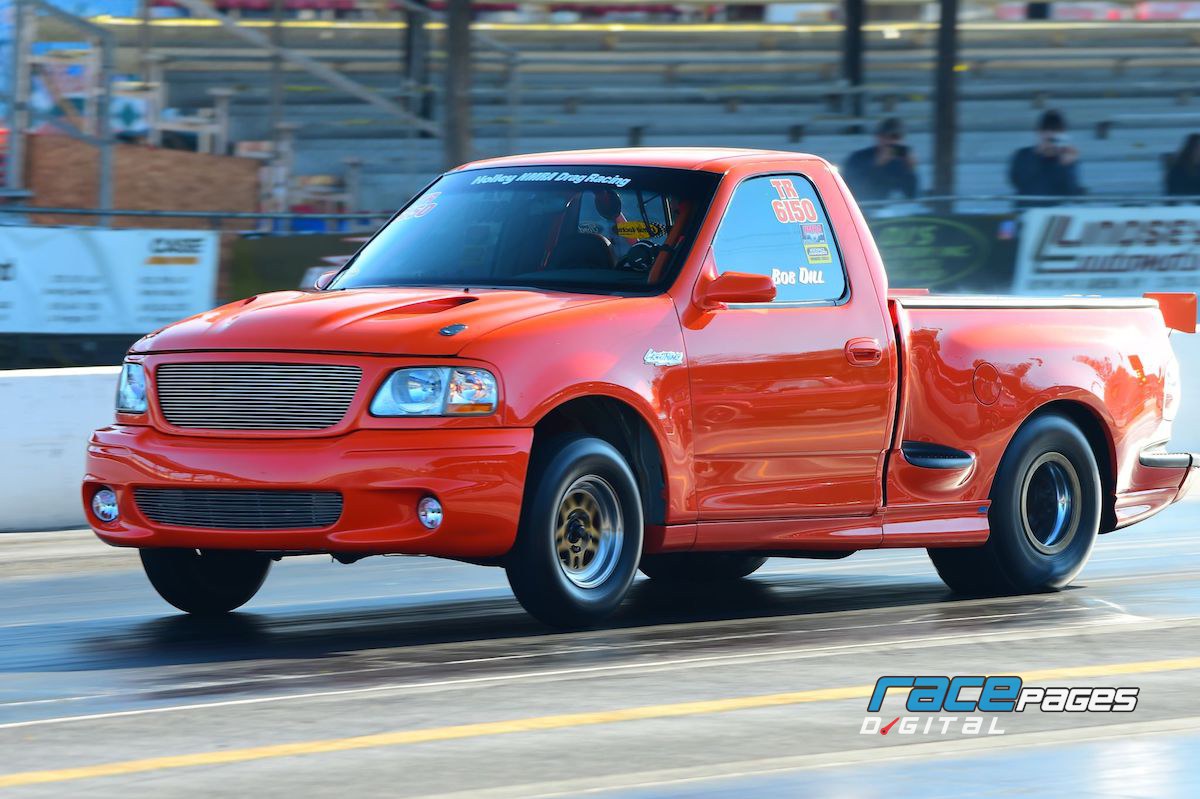 This shortened season, with COVID, events being cancelled and new venues being added, was like no other season. Knowing people, like (fellow NMRA Detroit Locker Truck and Lightning driver) Vinny Telesco and my cousin's wife, who had COVID and were on respirators before pulling through, puts your own life into perspective, and makes you happy for each day that you can enjoy.

I would like to thank Jimmy Steamer and Keith and Matt Chobirko for being my go-to mechanics, because if I had a problems, I could count on them to figure it out. I would also like to thank Steve and his Roush team, who come to my rescue and weld parts when I need them to be welded quickly to get to the next round. Also, Robert Chuhran for being first in line and getting a good spot for our group, and good friends Bob and Judy Cochran, Bill and Judy Staton, Johnny and Sue Lightning, Fred Wade, Mike Roup, Steve and Julie Martin, for all being people you count on and have fun with. Last but not least, I want to thank my wife, Penny. I call her my navigator. What a trooper. She goes to every race. Also I would like to thank my sister, Karen, for starting me on my racing journey with her dark green 1966 GTO. A few times, she handed me the keys, and of course, I headed to my small town of Templeton to race opponents between the bridges. I enjoyed Karen's advice and happiness as she rode down with me to the line and then positioned me in just the right spot to do my burnouts with the truck for many years. Sadly, she is not able to attend anymore, but is always in my heart when I push that gas pedal to the floor, and her son, Todd has taken over her duties of getting me positioned correctly, along with my cousin, Jerry. Also attending many races are Todd's two daughters, Chrissy and Faith, who run the four-wheeler to get food or whatever we need. Todd's wife, Ann, and Jerry's wife, Gretchen, do a good job keeping Penny awake most of the time.

I would like to thank Justin at JPC for talking me into going to a turbo, replacing the supercharger and building a great race truck. Also Adam and Aaron for engineering the truck to run very low 9s with Kevin's spot-on tuning going on six years. Thanks goes to my hometown friend and great mechanic, John Rullo, who never lets me down when a problem arises with the truck. My friend, Jack Abranovich, was very essential in building the chassis and great metal work on covering the bed. Thanks to Keith Rhea for doing a great job with some turbo adjustments and electrical issues, making the truck run much better numbers.

I sometimes wonder how long I will continue driving to events and racing in the NMRA, but then I think, Why stop It's still fun, especially with winning a championship. I can't think of anything I would want to replace it with. So here's to another safe year with all of our great friends. 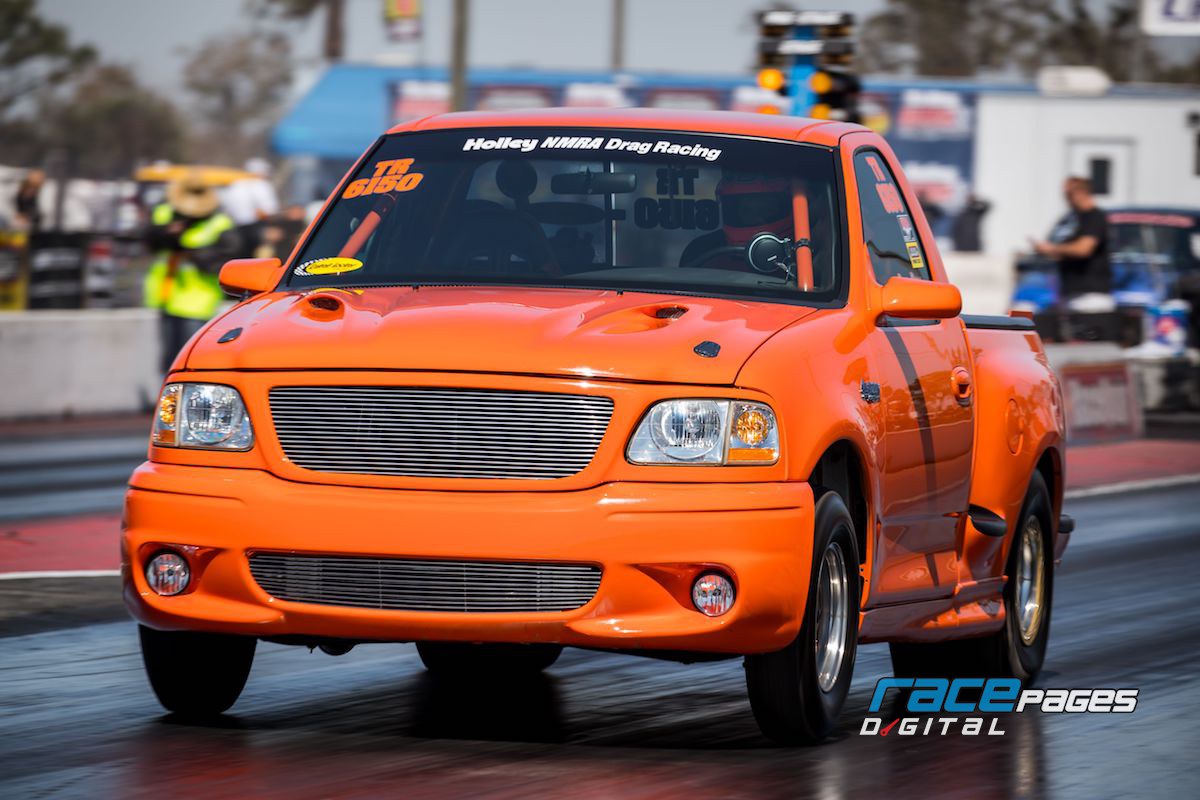