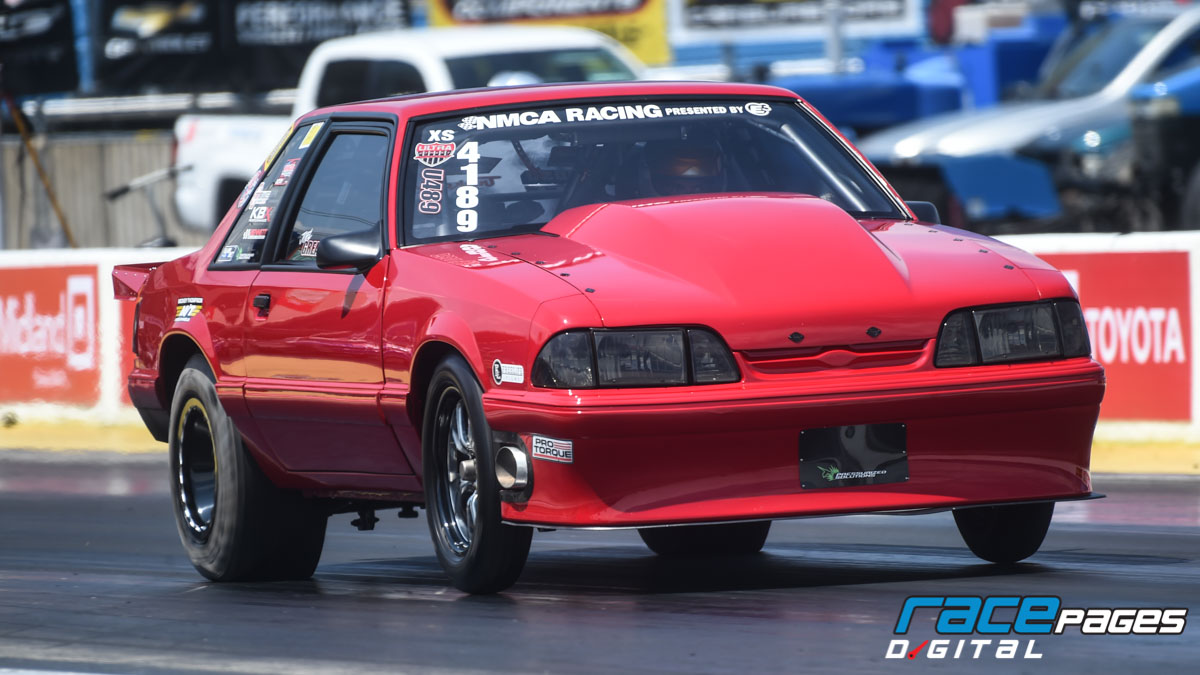 Despite all of his immensely impressive success countless wins, tons of records, and five championship titles legendary wheelman Joel Greathouse has yet to conquer the NMRA. Although he had intended to chase the VP Racing Madditives Street Outlaw title behind the wheel of his KBX Performance teammate Charles Hull's X275 car, a change in plans means the champ will return to NMRA Edelbrock Renegade for 2020 instead. Initially, Greathouse was set to campaign Hull's red Fox body Mustang in NMRA VP Racing Madditives Street Outlaw and select NMCA events with Hull doing driving duties in X275, but when busy schedules pushed back the build process, Greathouse fell back on his ol faithful to get the job done. A switch over from BigStuff3 to FuelTech engine management and complete rewires for both Hull and Greathouse's turbocharged Mustangs was in the works over the winter, and Greathouse's was also the recipient of a new three-speed Turbo 400 in place of his old Powerglide while still retaining his ProTorque converter.

Time constraints have been a problem. I've driven Charles's car in the past a little, and the goal was to do the whole NMRA series, explained Greathouse, who most recently earned back-to-back championships in Ultra Street and has been racing longer than most folks have even been watching. The program I run with the car I've got now, I would say it's won, combined, more radial tire races than any other... but I've never had an NMRA championship. Jessie [Coulter] would have had a lot of problems if we showed up to Xtreme Street earlier! His red 93 Mustang LX is a menacing monster, and is powered by a Bennett Racing Engines bullet that had been purpose-built for Ultra Street duty. The recipe for success consists of a Dart engine block, Trick Flow high port heads with Bennett Racing's special CNC port work, and a single 76mm Forced Inductions turbocharger I've got a good team. Justin [McChesney] does all the tuning and [John] Kolivas oversees it and there's nobody better in the business to have on my side, shared Greathouse of his KBX crew. Despite the big names involved in his operation, Greathouse is always pretty quiet at the track. He doesn't sell t-shirts and prefers to lay low, but, by Sunday, everyone knows he's there. I came within a few points of an NMRA championship a few years ago in Street Outlaw in Charles's car and that hurt my feelings bad. I've been in magazine articles, had all the write-ups, and have done everything I want except for an NMRA title. With ten points races in the Ultra Street series and six in NMRA, Greathouse often feels like he's being pulled in many different directions and likes the fact that he won't have to manage as hectic a schedule with the Edelbrock Renegade class while still, potentially, adding another notch to his belt. It's gonna be a circus for the first few passes till it's ironed out, but we're sure gonna try, noted Greathouse as he hit the road to set out for the 26th Annual Nitto Tire NMRA Spring Break Shootout season opener in Bradenton, Florida.
Bennett Racing Engines
,
Charles Hull
,
Dart Machinery
,
Edelbrock Renegade
,
FuelTech
,
Joel Greathouse
,
KBX Performance
,
Street Outlaw