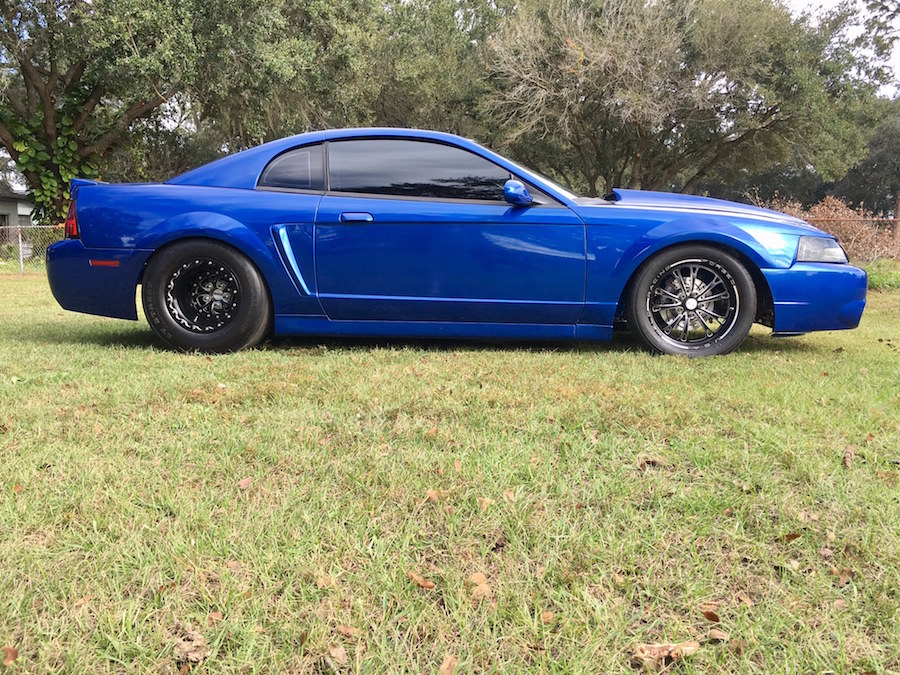 While Anthony Heard and his 1990 Mustang were hauling in NMRA QA1 True Street presented by Muscle Mustangs & Fast Fords, he's readying to roll in a 1999 Mustang Cobra. The 1990 Mustang, which he recently sold, was equipped with a naturally aspirated 363 cubic-inch engine which propelled him to a best of 9.44 and 144 mph in NMRA QA1 True Street presented by Muscle Mustangs & Fast Fords and to wins in the NMRA Tremec Stick Shift Shootout at Bradenton Motorsports Park in 2014 and 2015. The 1999 Mustang Cobra, which the central Florida resident found for sale in south Florida several months ago, has been front and center in his shop since then. He gave it a ten-point chrome moly cage, narrowed and braced its rear-end and installed UPR suspension components all around. He replaced the stock bumper covers with 2003-2004 Mustang Cobra bumper covers, and removed the car's burgundy paint in favor of blue paint. I've been wanting a New Edge body style for some time, so I'll be keeping this car for a long time, said Heard. I'm big on a car looking as good as it runs. Heard is currently building an R block-based 331 cubic-inch engine that will feature Diamond pistons, Eagle rods and Total Seal rings, and he'll top it with Trick Flow heads though he declines to specify exactly which and an Edelbrock Super Victor EFI intake. A 76mm Precision turbo will whirl away and work in unison with the plumbing Heard put in place, and a Tremec T56 transmission and Ace Racing Clutches dual disc clutch will help put the power to the pavement. A Haltech system will manage the engine while a Haltech/RacePak dash will share all of the pertinent numbers. 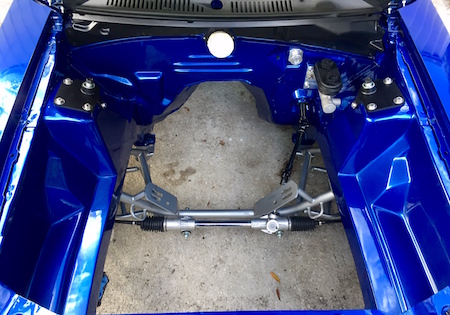 The Stick Shift Shootout is getting faster, and I felt that I would need a power-adder to win, said Heard. Once everything is done, we plan to be in the 8s. Heard has his sights set on testing in January and then'the 23rd Annual Nitto NMRA Spring Break Shootout, March 2-5, 2017 at Bradenton Motorsports Park in Florida.