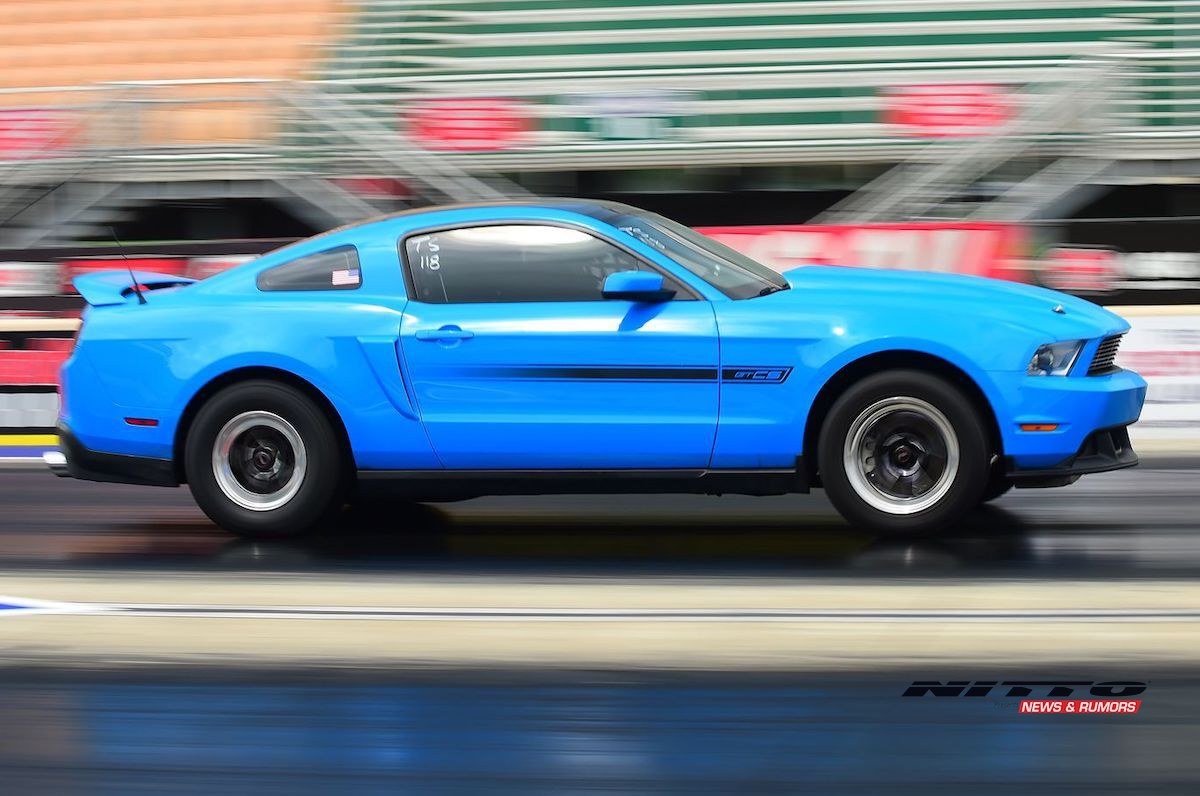 By Mary Lendzion
Bo Webb and his Mustang GT California Special have seen success in NMRA True Street in the past several years.
The Carlisle, Ohio racer earned an 11-second win with a stock Coyote engine and Nitrous Express kit in his car in 2017, and a 10-second win with a built bottom end Coyote engine and 2.9L Whipple supercharger in his car in 2021.
Unfortunately, he crashed the Grabber Blue beauty, which had been his daily-driver and has 160,000 miles on its odometer, after it went out of the groove while testing at Edgewater Sports Park in Ohio last fall, but it’s being rebuilt over winter.
“The car has a Tin Solders rollcage installed by Jason Zimmers, and that saved me,” said Webb, who is a crew chief for fellow racer Kelly Shotwell and also helps his brother and fellow racer, Casey Shotwell. “Unfortunately, the impact with the retaining wall took out the front bumper, hood, fender, driver’s side door, quarter panel and rear bumper. A lot of people stepped up to help me out, including Ken Bjonnes, who gave me a door, and Ron Ford, who gave me a hood. Mark Merritts will take care of the body work and Casey Shotwell will take care of the paint work.”
When the car is ready to rock again, Webb will take on the NMRA’s new SunCoast Performance 8.60 Street Race, a heads-up category that will be contested at the 28th Annual Spring Break Shootout, March 3-6 at Bradenton Motorsports Park in Florida, 14th Annual NMRA/NMCA All-Star Nationals, April 21-24 at Rockingham Dragway in North Carolina, 22nd Annual NMRA Ford Performance Nationals, June 9-12 at Summit Motorsports Park in Ohio and the 24th Annual NMRA World Finals + Holley Intergalactic Ford Festival, Sept. 29-Oct. 3 at Beech Bend Raceway in Kentucky. 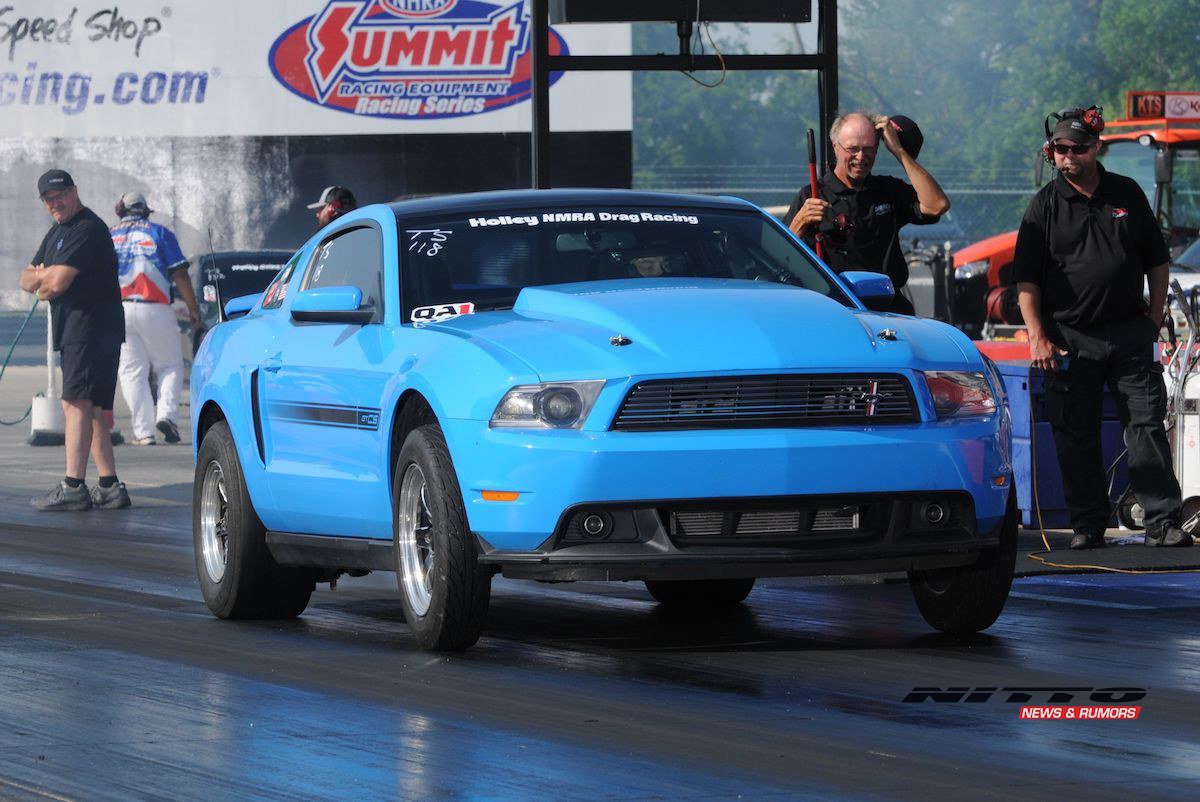 “As soon as I heard about this new category, I knew I wanted to race in it,” said Webb, who will continue to crew for Kelly Shotwell and help Casey Shotwell. “I believe it’s going to be a huge category, and I know several people who are gearing up to run it. I love True Street, but I also love that I’ll be able to run fast and flat-out and not worry about having to try to slow the car down to run a particular index.”
While Webb will rely on the same Coyote engine he has been running, he’ll have his stock Coyote heads cleaned up before pairing his engine with a new Whipple 3.8L supercharger. He’ll back them up with his tried-and-true Turbo 400 by Extreme Automatics.
“I want to continue to support Whipple because Nick Purciello from Whipple has supported me,” said Webb. “During the NMRA event at Summit Motorsports Park in Ohio last summer, I was having some belt-slip issues, and Nick brought me a Griptec pulley to try. He was phenomenal.”
MFP Australia is making a crank brace for Webb, who is confident the new Whipple 3.8L supercharger will help him pick up from the 9.50s he had clocked to 8.60s.
“I may miss the first race or two while my car is being finished, but I’m really looking forward to getting it done and testing,” said Webb. “There will be a lot of good competition in the category, and it won’t be easy to win, but I want to prove that I can do it. I’m excited.” 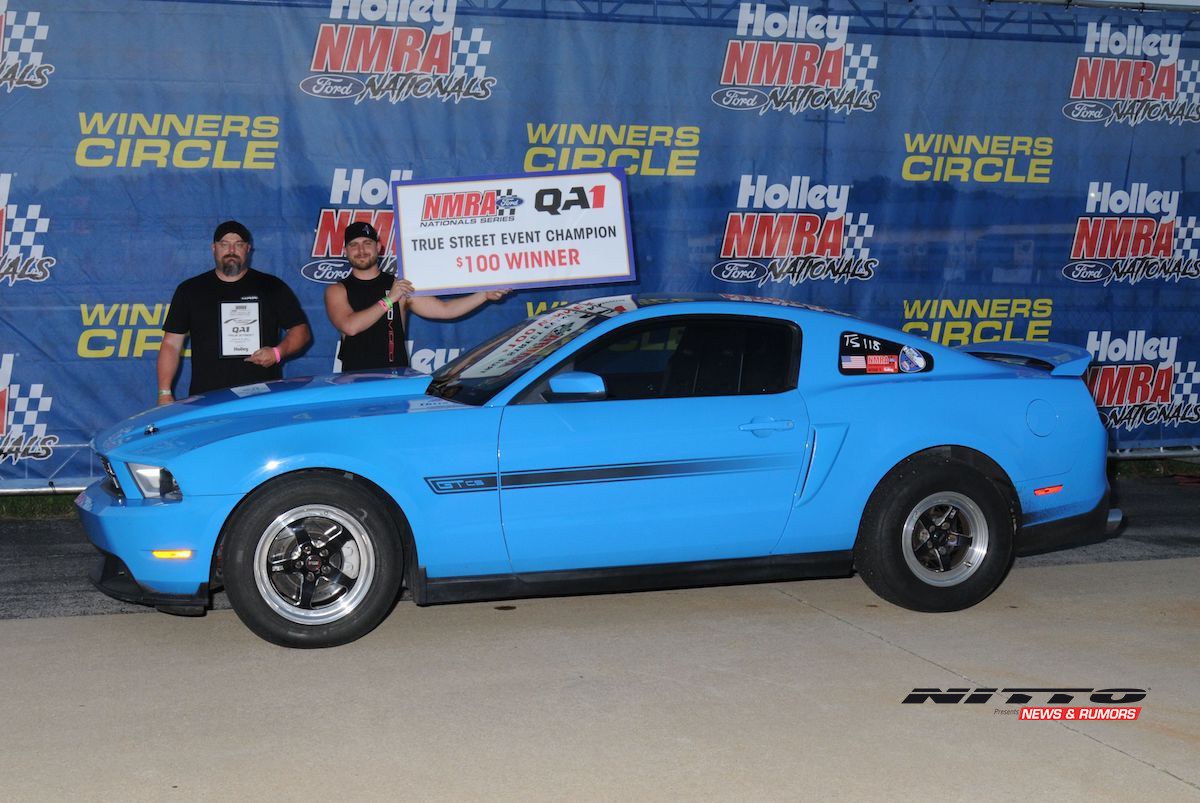