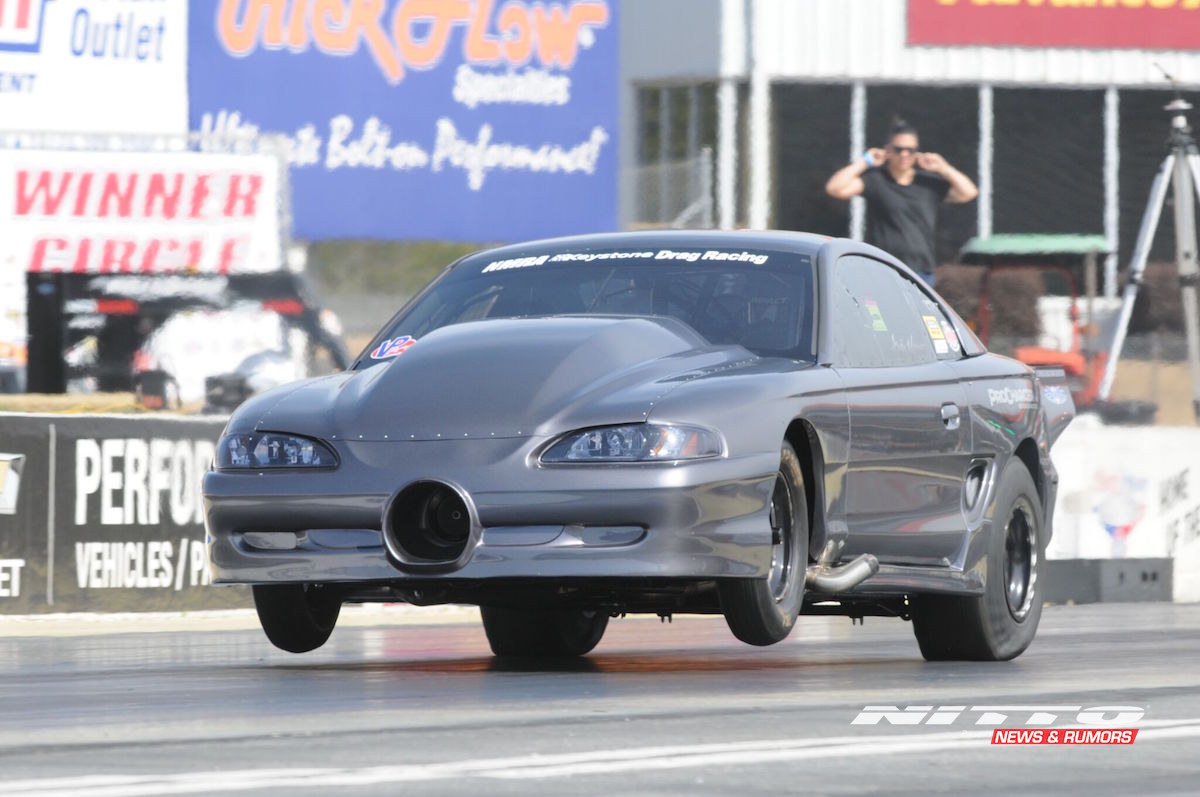 Even though Andy Manson has always been a force in NMRA VP Racing Fuels Street Outlaw and NMCA Vortech Street Outlaw, he took time off last year to focus on fine-tuning his car and combination to make them even more formidable.

He began by delivering his Mustang to Chris Acors of Acors Performance for some chassis upgrades and a new set of zoomie headers, and he hired his longtime engine builder, Anthony DiSomma of Disomma Racing Engines, to build a 470-something cubic-inch engine on a 10-inch deck billet block by Weston Machine.

It was topped with BES Racing Engines-designed heads and a Thompson Motorsports intake before being paired with the ProCharger F-1X-12 Manson has relied on for several years.

A Proformance Racing Transmissions-built two-speed Turbo 400 and a Neal Chance Racing converter were installed to help put all of the power down, and Jason Lee and Patrick Barnhill of PTP Racing got busy designing a tune for the new combination via Big Stuff 3.

Meanwhile, the car's Lexan windows were replaced with Optic Armor windows, and its steel front was replaced with a one-piece carbon fiber front by Hairy Glass. Then, Visions Auto Graphics and Collision performed body work and painted the car. 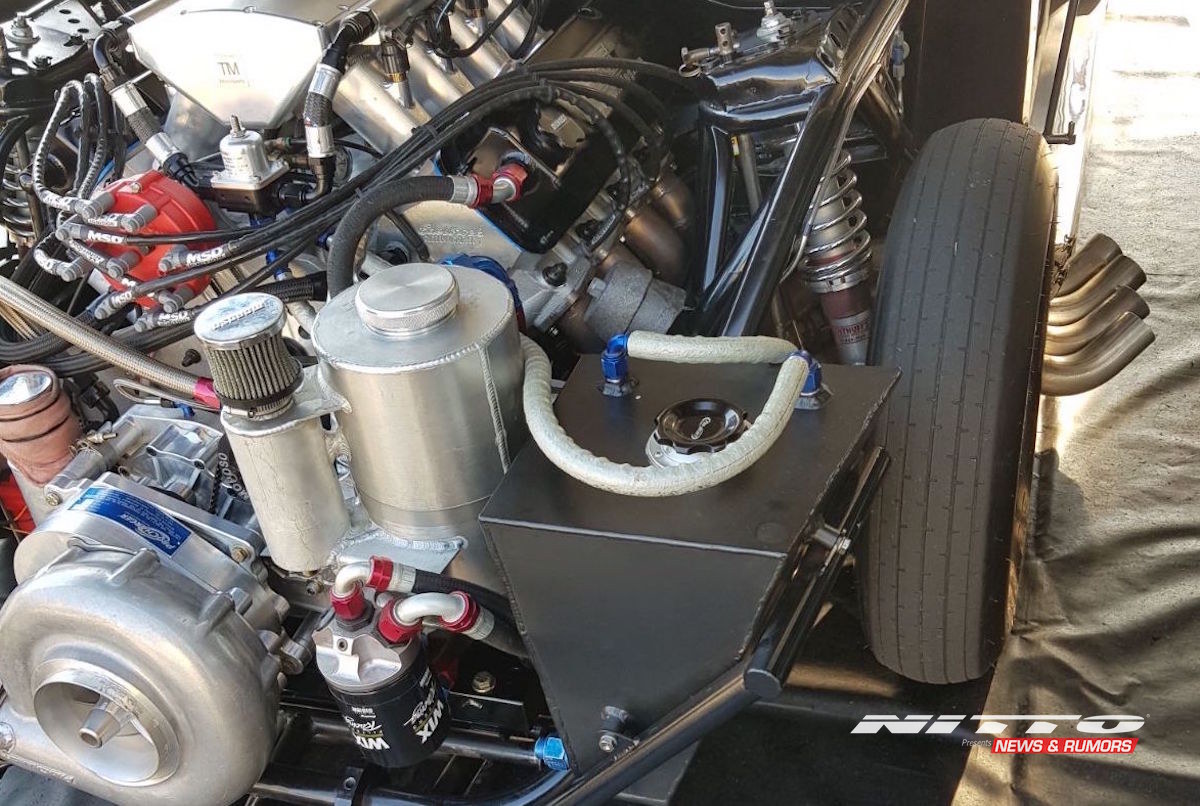 I told (fellow racer) Charlie Cooper that racing for a championship is like having an addiction to something, and you do whatever it takes to get it, said Manson. Taking several months off to focus on the car and the combination is part of doing whatever it takes.

With work on the car and combination wrapped up by March, Manson made the trip from his home in Manassas, Virginia to Orlando, Florida to test and then to take part in the 24th Annual Nitto NMRA Spring Break Shootout, March 1-4 at Bradenton Motorsports Park, also in Florida.

With a decidedly dialed-in and ready-for-duty car, he cruised to a 4.30 to set the pace in VP Racing Fuels Street Outlaw, and went on win the event with a 4.31 and set a top-speed record in the category with a 171.59 mph.

The car was phenomenal, said Manson.

The following month, he headed to the 10th Annual NMRA/NMCA All-Star Nationals presented by Mahle Motorsport, April 5-8 at Atlanta Dragway, where he led qualifying with 4.28, and lined up alongside Shawn Ayers in the Gold Dust Mustang belonging to Philadelphia Eagles player Fletcher Cox, and finished as the runner-up after losing traction during the run. He also made it to the final of the Street Outlaw All-Star Shootout at that event, where he defeated Daniel Pharris.

I'm 100 percent confident that I have a good car, combination and crew, said Manson, whose crew includes his crew chief, Chris Acors, his dad, Bill Manson, Ken Burns, Jason Lee and Patrick Barnhill of PTP Racing, and whose wife, Stacey Manson, takes care of their two daughters while he's racing. I'm also 100 percent confident that I have a good chance at winning a championship.

Story by Mary Lendzion, and photos by NMCA/NMRA and courtesy of Andy Manson 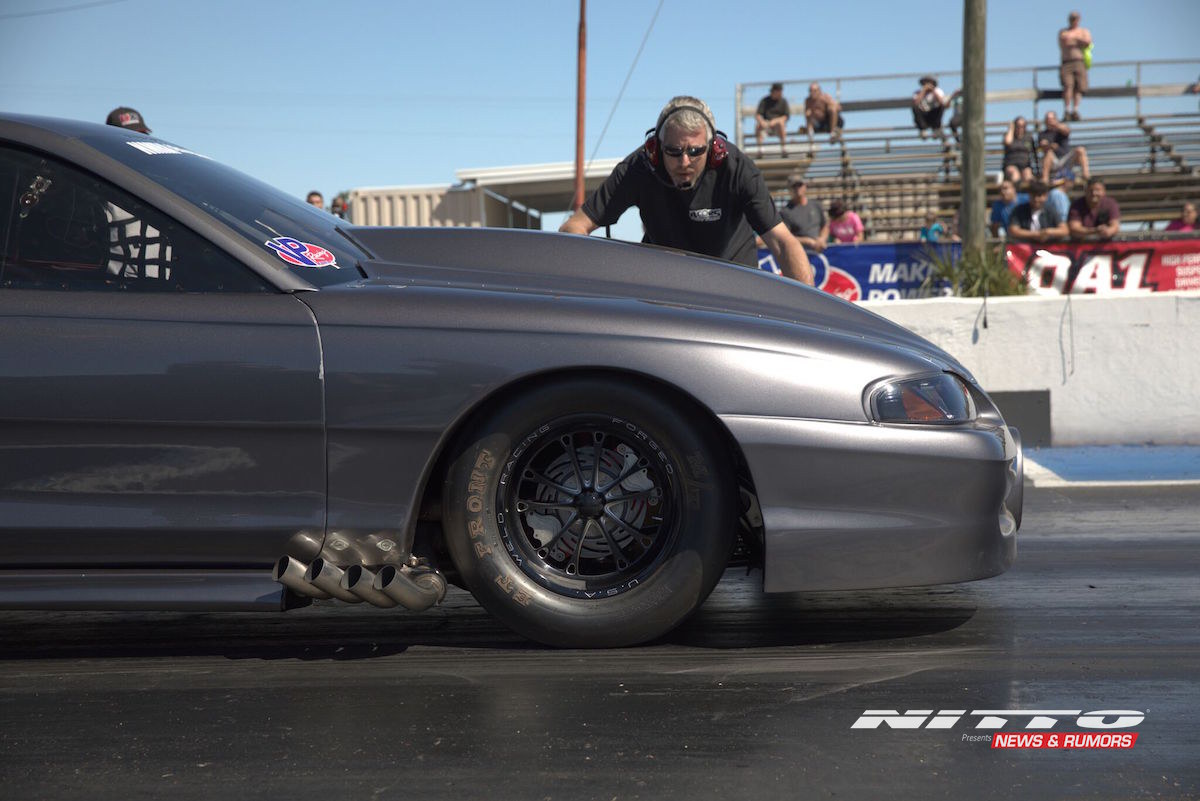