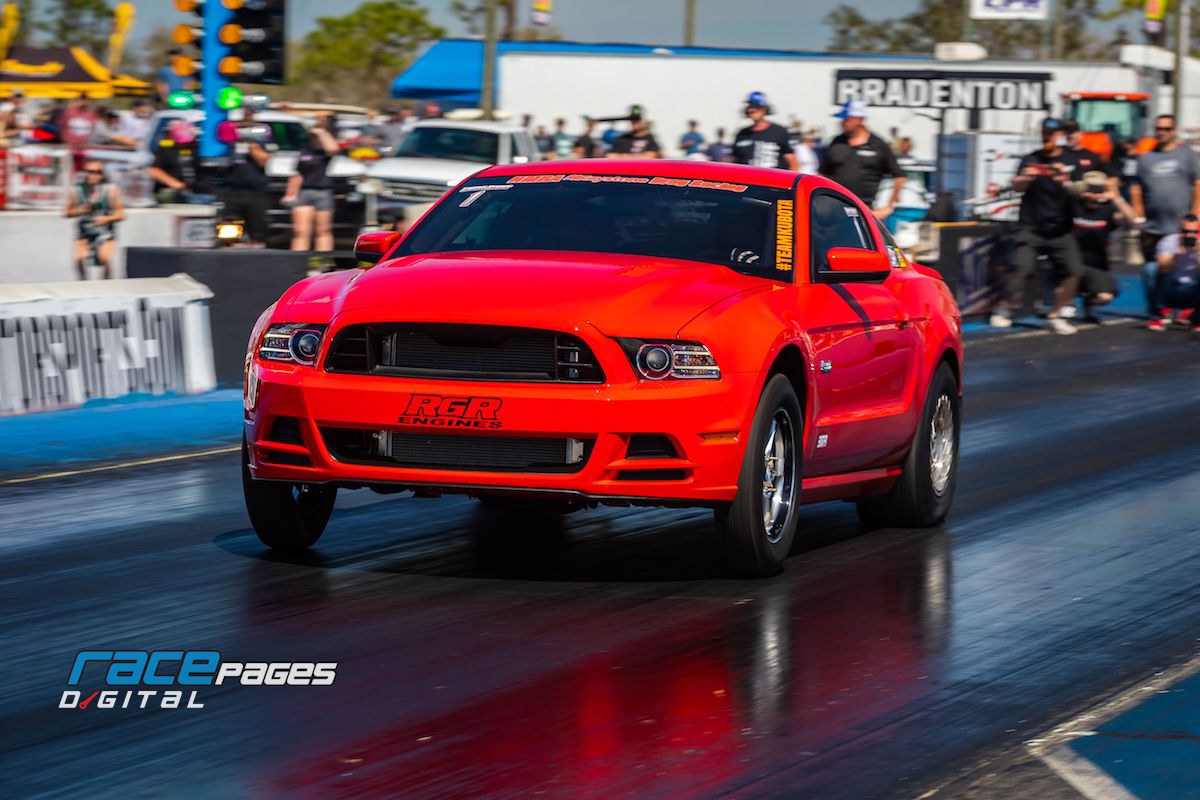 Mike Ciborowski was forceful and fast as he flew to the NMRA Advanced Fuel Dynamics Limited Street championship in 2018, and he was focused on backing it up in 2019.

He proved that by leading qualifying with an 8.88 and landing in the Aerospace Components Winner's Circle with an 8.841 against Sondra Leslie, who was right there with an 8.844, at the 25th Annual Nitto NMRA Spring Break Shootout in March at Bradenton Motorsports Park in Florida.

He led qualifying again, this time with an 8.73 from his Mustang powered by a Rich Groh Racing Coyote engine, VMP Performance supercharger and ProFormance Turbo 400, and exited eliminations in the semifinal with an 8.78 against Bill Putman at the 11th Annual Scoggin-Dickey Parts Center NMRA/NMCA All-Star Nationals presented by Mahle Motorsport in April at Atlanta Dragway, and led qualifying with an 8.74 and finished as the runner-up with an 8.77 against Leslie at the Inaugural NMRA Ford Gateway Rumble in May at Gateway Motorsports Park in Illinois.

The Illinois-based driver went on to qualify in the second spot with an 8.72 and wheeled to another win with an 8.72 against Michael Lewandowski at the 19th Annual NMRA Ford Motorsport Nationals in June at Maple Grove Raceway in Pennsylvania, and then set the pace in qualifying with an 8.79 and exited eliminations in the semifinal after being forced to lift against Samantha Moore at the 14th Annual Nitto NMRA/NMCA Super Bowl of Street Legal Drag Racing in July at Route 66 Raceway in Illinois. 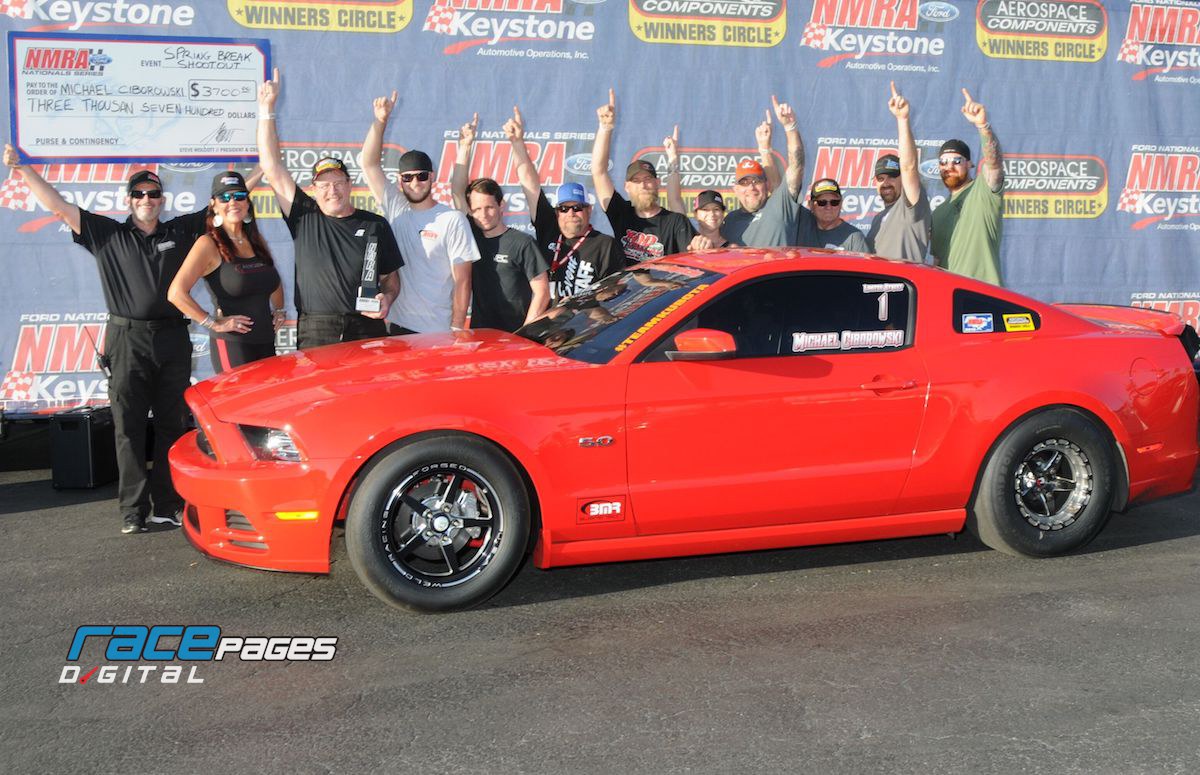 Ready to roll through the rounds at the final NMRA event of the year, the 21st Annual Nitto NMRA All-Ford World Finals in September at Beech Bend Raceway in Kentucky, Ciborowski qualified with an 8.81 and finished as the runner-up after having to lift to a 9.35 against Putnam. In the process, the powerful driver with the potent car and combination picked up his second NMRA Advanced Fuel Dynamics Limited Street championship.

It was pretty awesome doing it, said Ciborowski. It was not quite as stressful as last year, but it was still an unreal accomplishment going back-to-back. Going into the year, I wasn't sure we could do it, but I have an awesome bunch of people helping me out, including my son, Keith, Eric Holliday, who was tuning, the guys at HPJ Performance, who provided track-side assistance, and VMP Performance, which has awesome blowers. It's been a great year. Hopefully I can try and transfer over well to Modified Street next year for a new challenge. 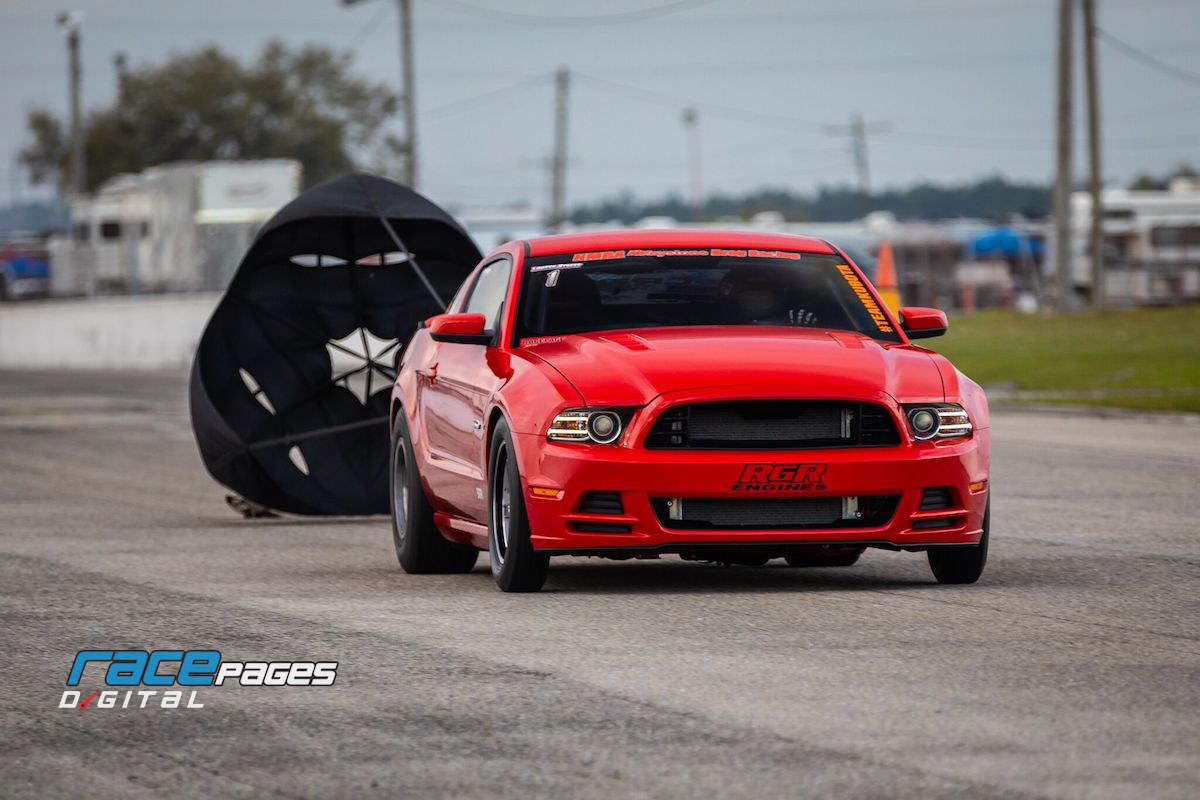