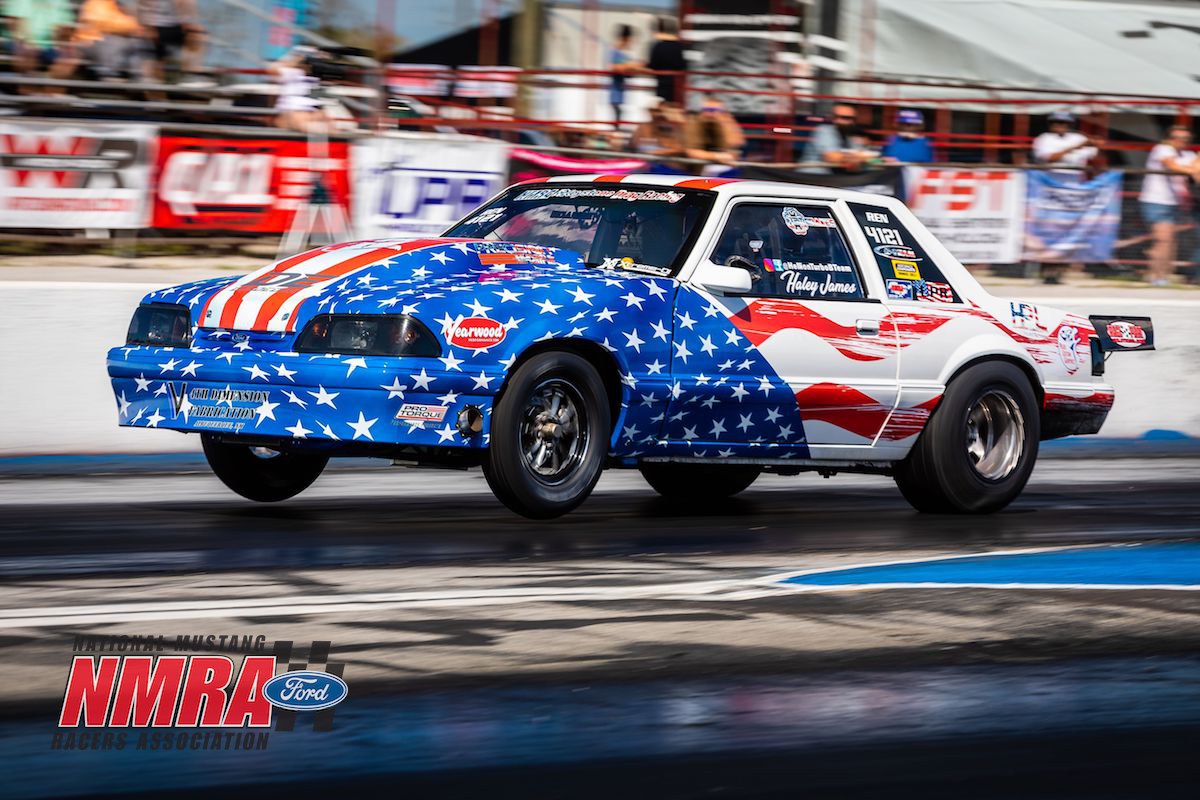 As a two-time champion in NMRA ProCharger Coyote Modified, Haley James has proven time after time that she's a powerhouse.

She's also adept and adaptable, as she cruised right into a new-to-her category, NMRA Edelbrock Renegade, at the beginning of this year, and was immediately competitive.

The Albuquerque, New Mexico-based fan-favorite, whose father is legendary NMRA racer Dwayne James, led qualifying with a 4.81 and made it to the Aerospace Components Winner's Circle with a consistent 4.82 against Joe Guertin in her Mustang motivated by a Coyote engine which she and her father built and fronted with a Work turbo, at the 25th Annual Nitto NMRA Spring Break Shootout in March at Bradenton Motorsports Park in Florida.

The Hellion Racing B Team driver supported by a very committed crew then qualified in the seventh spot with a 4.76 and exited in the second round of eliminations with a 4.77 against Tim Knieriem at the 11th Annual Scoggin-Dickey Parts Center NMRA/NMCA All-Star Nationals presented by Mahle Motorsport in April at Atlanta Dragway, and led qualifying again with a 4.81 and won again with a 4.83 over Keith Ciborowski at the Inaugural NMRA Ford Gateway Rumble in May at Gateway Motorsports Park in Illinois.

James was hauling on her way to qualify in the second spot with a 4.83, but a broken timing chain prevented her from going further than the semifinal round of eliminations at the 19th Annual NMRA Ford Motorsport Nationals in June at Maple Grove Raceway in Pennsylvania. From there, she qualified in the fifteenth spot with a lifting 5.14 and exited in the second round of eliminations with a 5.52 against Nick McGrath at the 14th Annual Nitto NMRA/NMCA Super Bowl of Street Legal Drag Racing in July at Route 66 Raceway in Illinois. 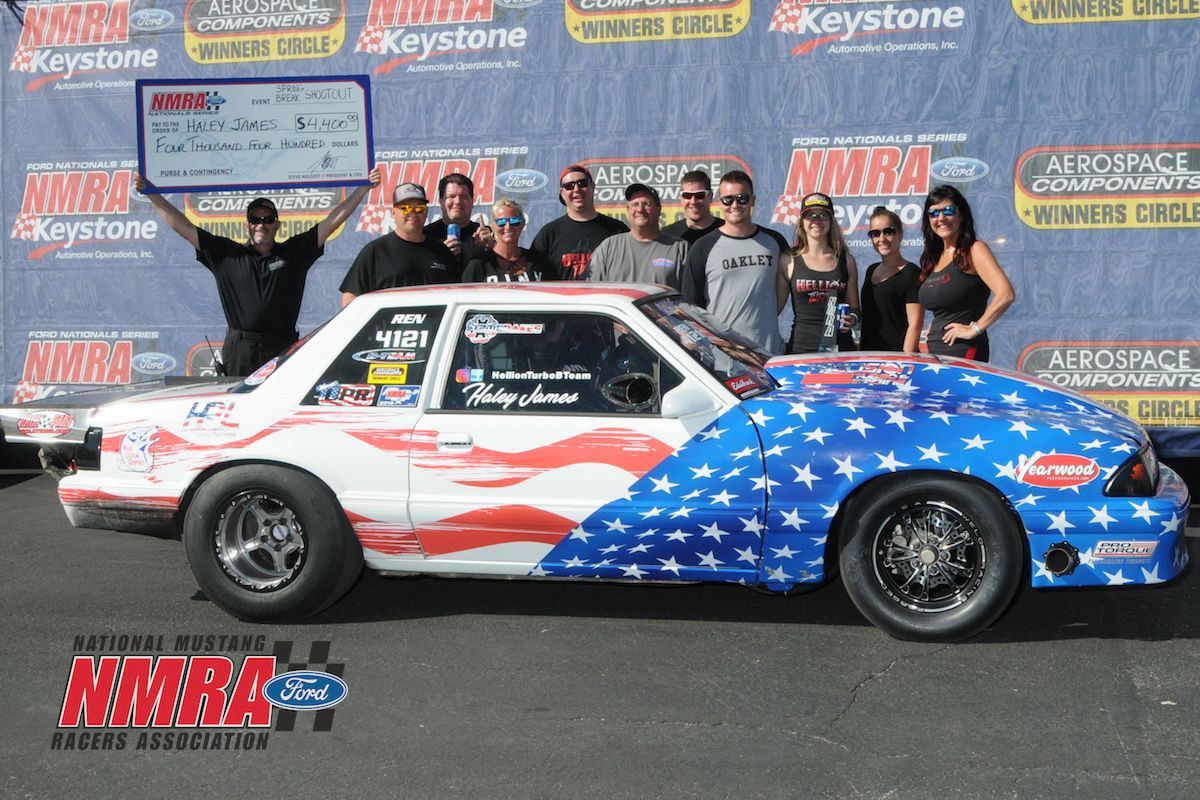 She was well on her way to wrapping up a wonderful race season when a stuck throttle cable caused her to wreck at the 21st Annual Nitto NMRA All-Ford World Finals in September at Beech Bend Raceway in Kentucky. Family, friends and fellow racers were relieved when it was revealed that she was not seriously injured in the car which was deemed a total loss.

Then, they turned their focus to the fact that James, whose equally talented teammate is Frank Varela, had earned the 2019 NMRA Edelbrock Renegade championship.

We went into this year confident, with a plethora of data from the car and also from Frank's previous Renegade car, but also knowing we were entering new territory with new things to learn and new competition, said James. The amount of success we had as a rookie in the class was unexpected and I'm so grateful I got to wheel that car to another championship before its demise in Bowling Green. Championships don't get easier to win, and we are gearing up for some more.

James will share the stage with her fellow champions at the NMRA Muscle Car Nationals presented by E3 Spark Plugs Awards Ceremony presented by Aerospace Components, Dec. 13 at the Indiana Convention Center. 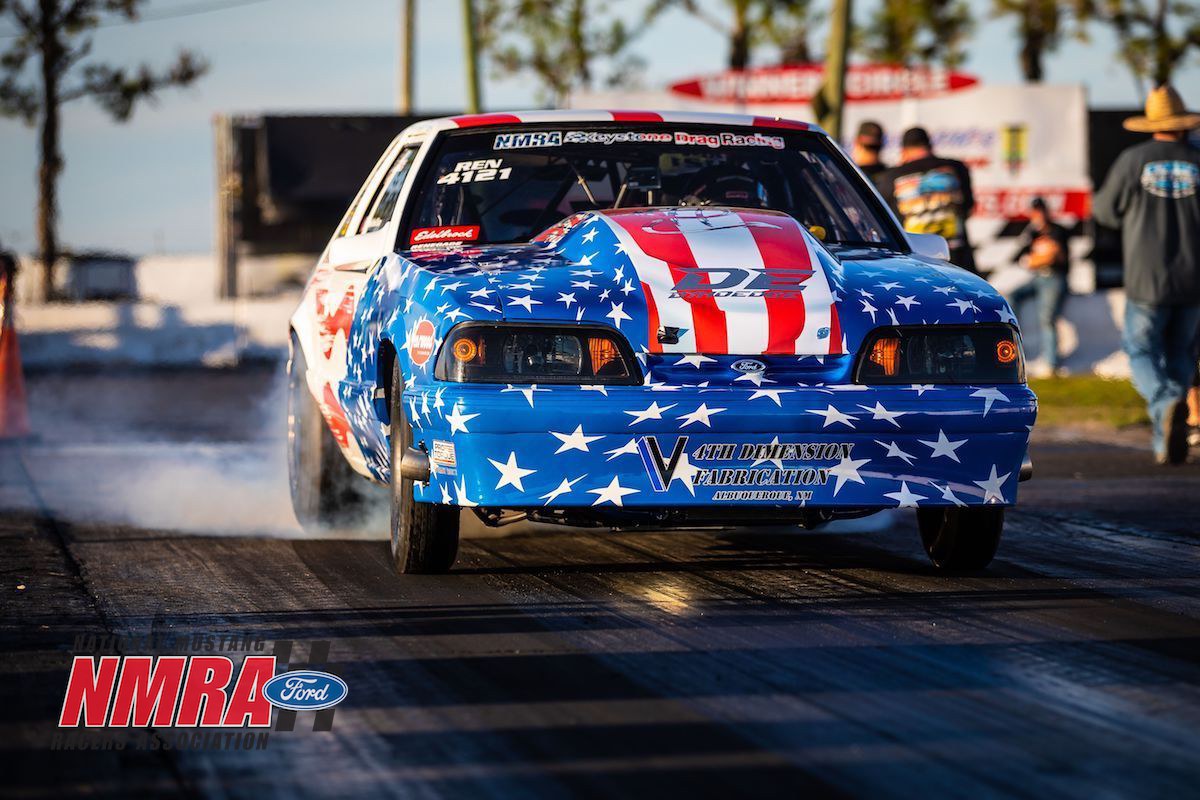