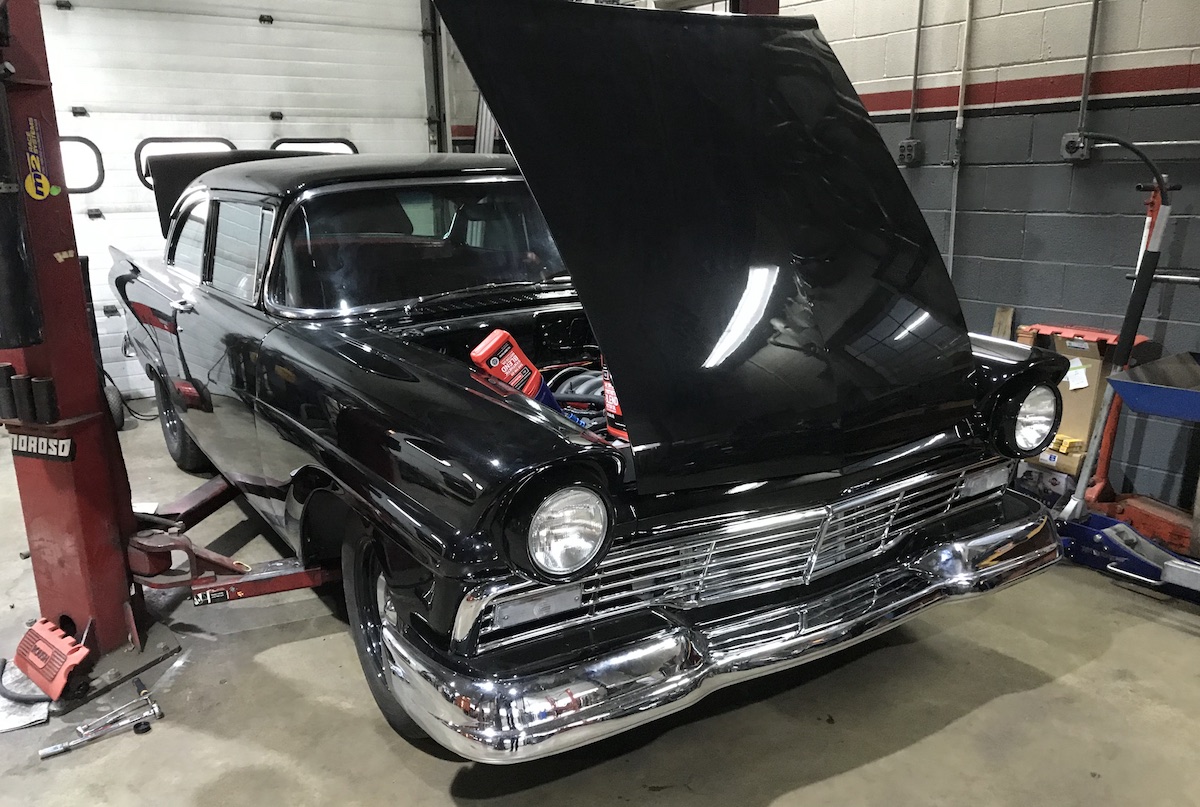 By Mary Lendzion Charlie Booze Jr. sees a lot of classic, contemporary and cool cars as the co-owner of Booze Brothers Performance in Pennsylvania with his brother, Brian Booze, and one currently capturing his attention is a 1957 Ford Custom Business Coupe. The chock-full of character car belongs to Ralph Watts, who lives in Virginia and is a close friend of the Booze family. Interestingly, it's powered by a 5.0L Coyote engine and a Tremec six-speed transmission, and it rolls on a 9-inch rear-end and an Art Morrison chassis kit with a four-link in the rear and Mustang II suspension in the front. According to Booze Jr., the car was close to being crushed at the junkyard before Watts ran to its rescue, and Watts has been happily working on it, with help from friends and family, for about seven years. It's kind of a retro throwback car (designed to make it look as though it would) run moonshine, but not for real, said Booze Jr., who this year wrapped up a fifth place finish in NMRA ProCharger Modified Street in his fan-favorite Mustang and an eighth place finish in NMRA Richmond Gear Factory Stock in Justin Fogelsonger's Mustang.It's a major sleeper. Potentially, a 500 horsepower naturally aspirated engine could really get the old coupe moving out. 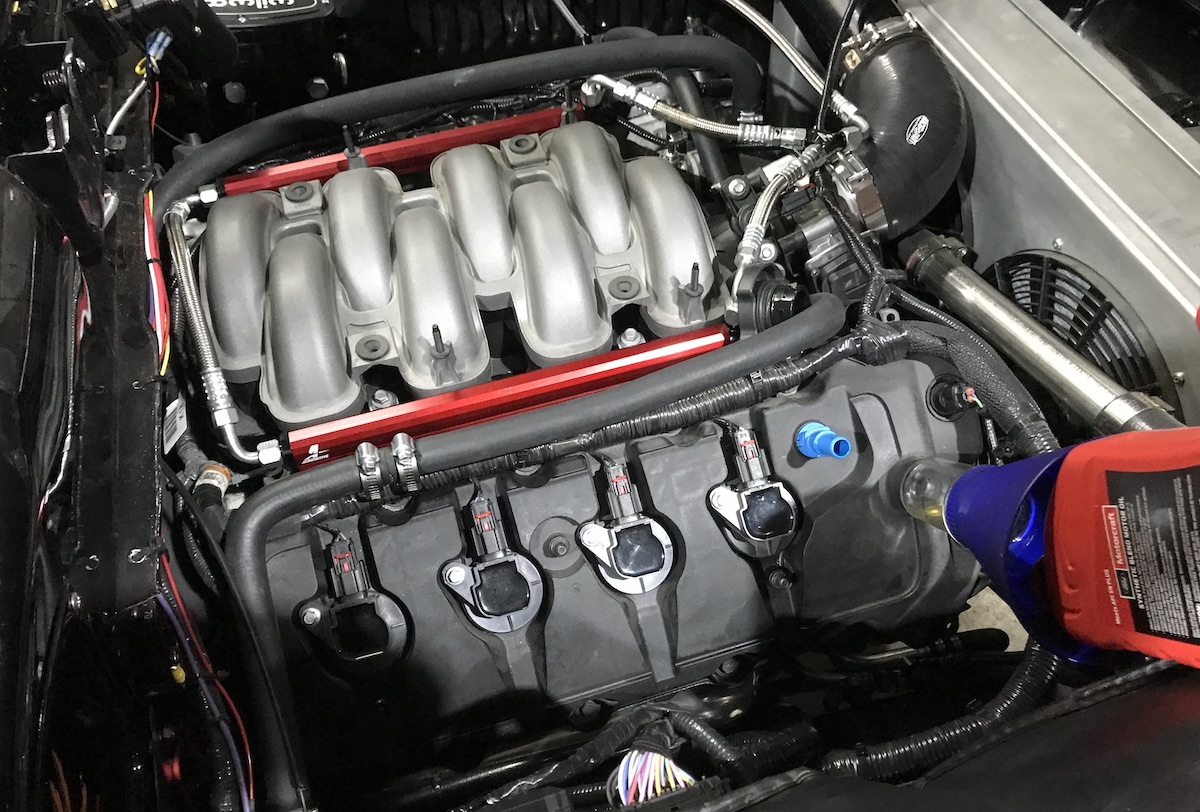 Booze Jr. is enjoying having the car at his shop, where they're working on its wiring, installing a Ford Performance Parts 5.0 Coyote alternator kit, redoing the cold air inlet and tuning it. I think the combination is fantastic, said Booze Jr. I know that there are purists out there who despise anything short of the dead-original setup. It is pure sacrilege to install a (modern) engine in an old Ford like this, but the masses have given huge thumbs up to this one. I have a soft spot for 1955-1957 Fords anyhow, as these are the kind of cars my dad grew up playing with, and my brother and I as well, through projects of our dad's. When the car leaves Booze Brothers Performance, Watts plans to cruise in it and take it to local car shows. Mr. Watts has talked about possibly installing a supercharger under the hood at some point, but he wanted to enjoy the car as it is for now, said Booze Jr. (Photos courtesy of Charlie Booze Jr.) 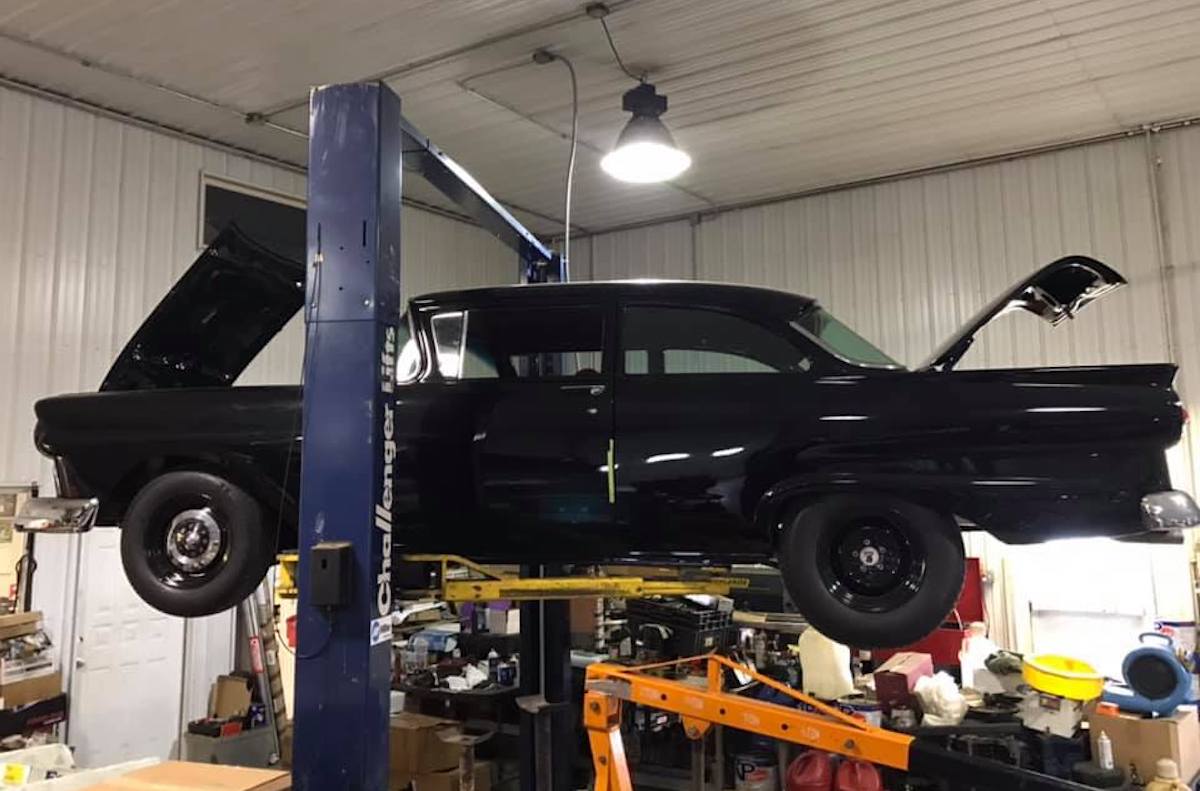