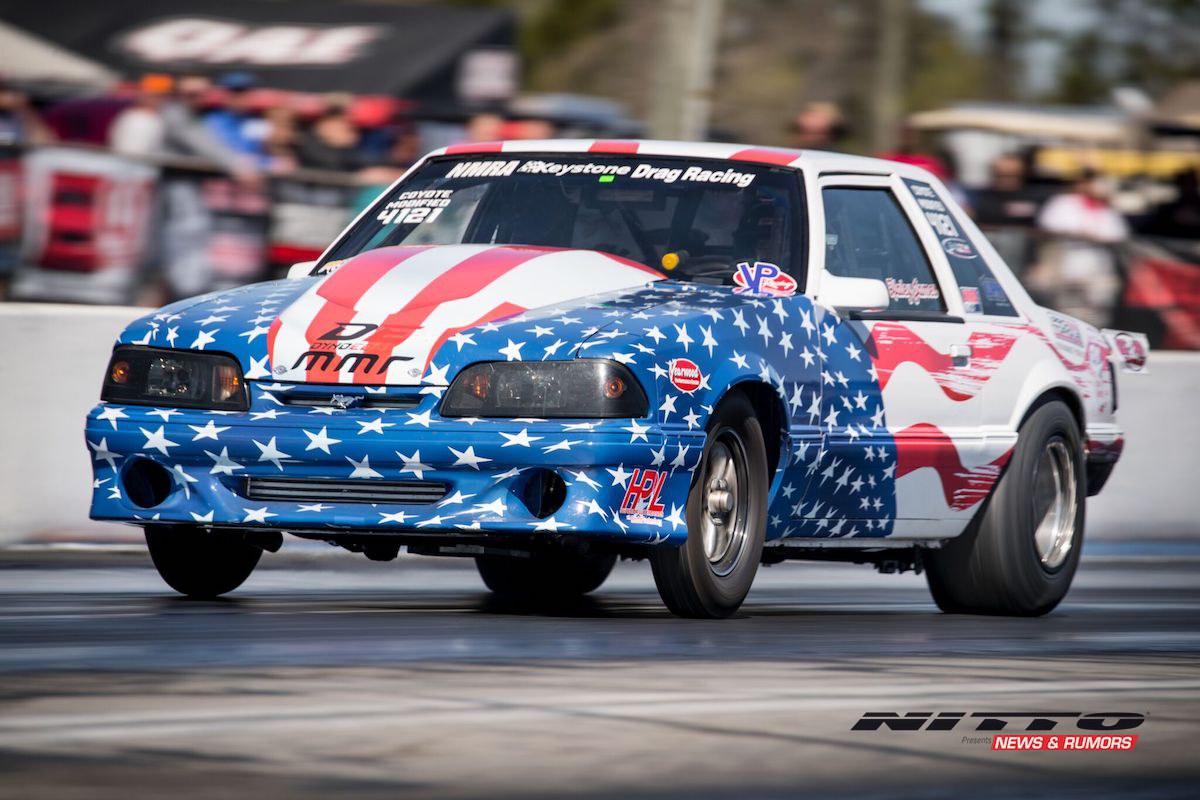 From the moment Haley James began competing in NMRA ProCharger Coyote Modified, she has held her own. She has won races, she has wowed fans and she wrapped up her first championship in the very competitive and cutthroat category in 2015. And this year, after rolling her red, white and blue rocket of a Mustang out of her trailer, she recorded a remarkable 7.59 to lead qualifying followed by a 7.62 against Tommy Annunziata to take a trip to the Aerospace Components Winner's Circle at the 24th Annual Nitto Tire NMRA Spring Break Shootout presented by Steeda Autosports in March at Bradenton Motorsports Park. Then, in her fan-favorite car featuring a Coyote engine built by her father, Dwayne James, HPL oil, a Precision Turbo T4 flange, 76mm turbo, ProTorque converter and M&M Transmission Turbo 400, she trapped a 7.74 to qualify in the fourth spot at the 10th Annual NMCA/NMRA All-Star Nationals in April at Atlanta Dragway, and a 7.69 to qualify in the fourth spot and a 7.61 against John Kauderer to secure another win at the 18th Annual NMRA Ford Motorsport Nationals in May at Maple Grove Raceway in Pennsylvania. After laying down a 7.77 to qualify in the second spot, she broke the beams to win when her opponent couldn't make the call to the lanes at the 15th Annual NMRA Ford Supernationals in June at National Trail Raceway in Ohio, and she laid down a 7.69 to qualify in the second spot at the 13th Annual Nitto NMRA/NMCA Super Bowl of Street Legal Drag Racing presented by Fuel Systems Technology in July at Route 66 Raceway Illinois. 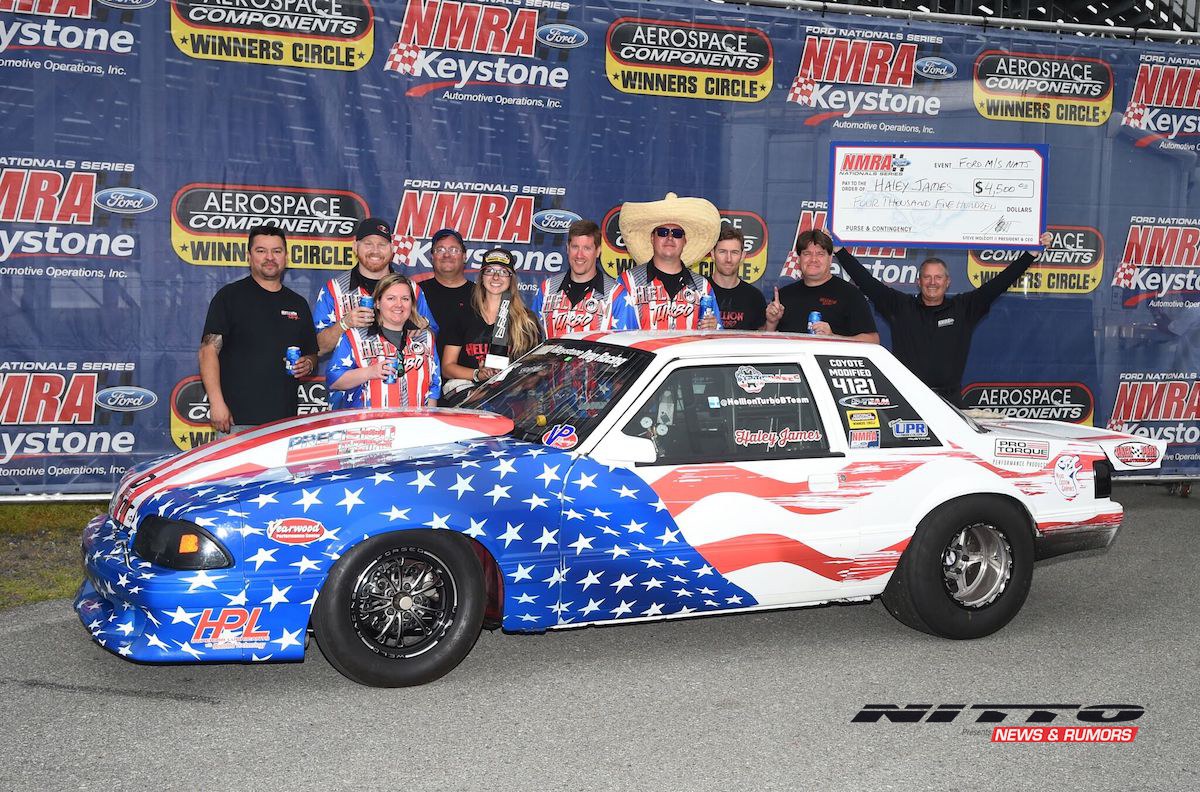 James put on a powerful performance with a 7.74 to qualify in the third spot and a 7.81 to runner-up against Annunziata at the final NMRA event of the year, the 20th Annual Nitto Tire NMRA All-Ford World Finals in September at Beech Bend Raceway in Kentucky. When it was all said and done, she was crowned the 2018 NMRA ProCharger Coyote Modified champion, showcasing her skills and the skills of her Hellion Racing A Team and B Team crew, including her father, Dwayne James, Harry Stange, Brian Warcup, John Urist, Mike Big Money King, Dan Garcia, Joe Aulabaugh, Ivan Varela, Brandon Reed and Chris Groves of Dyno Edge, who offers occasional input on tuning, among other people. She wasn't done there, as weeks later, she wheeled to a win in Wild Street at the Haltech World Cup Finals Import vs. Domestic event in November at Maryland International Raceway, It feels incredible to have won the championship, said James, who superbly sings The Star-Spangled Banner at many NMRA events. Last year, during the off-season, our mindset became No matter what, we will dominate 2018, and when everybody has the same goal and never gives up, sometimes amazing things happen and that's exactly what happened this year. James and her fellow champions will be celebrated at the NMRA presented by Keystone Awards Ceremony presented by Aerospace Components, Dec. 7 at the Indiana Convention Center. (Please watch for stories on all champions to be posted on the website and in Fastest Street Car in the days to come.) 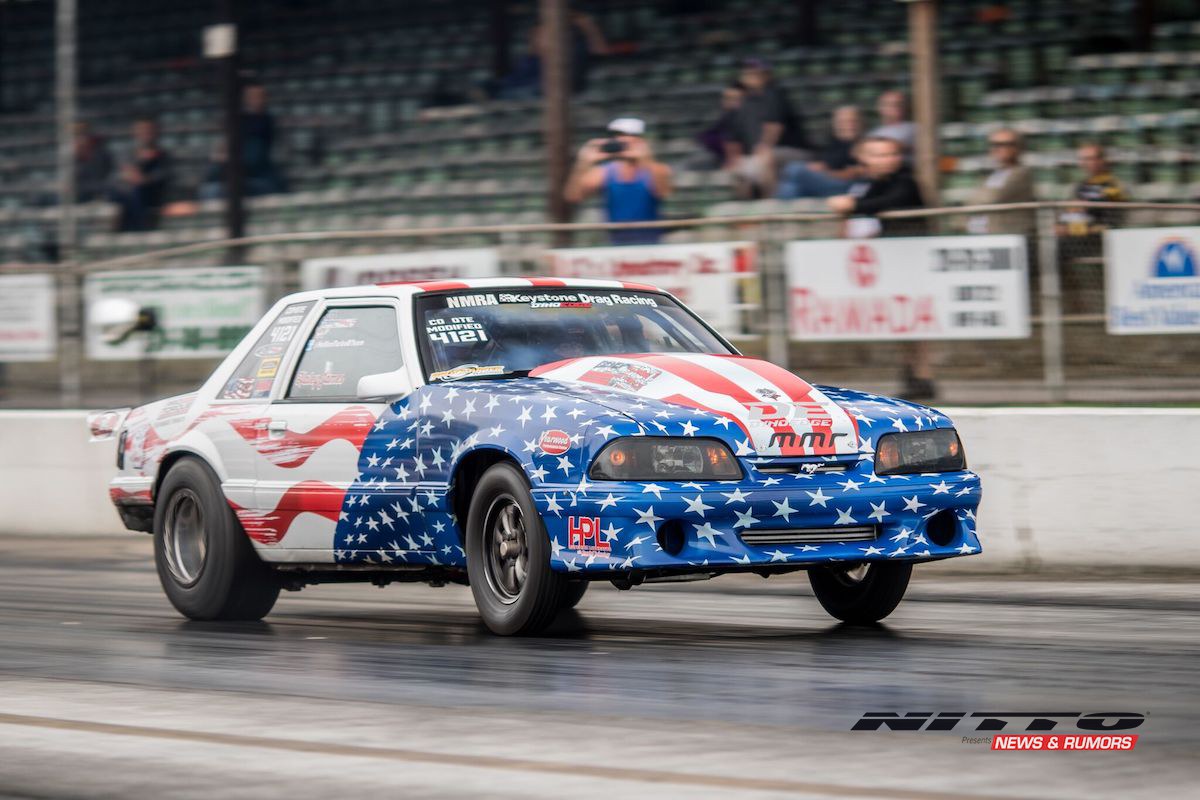