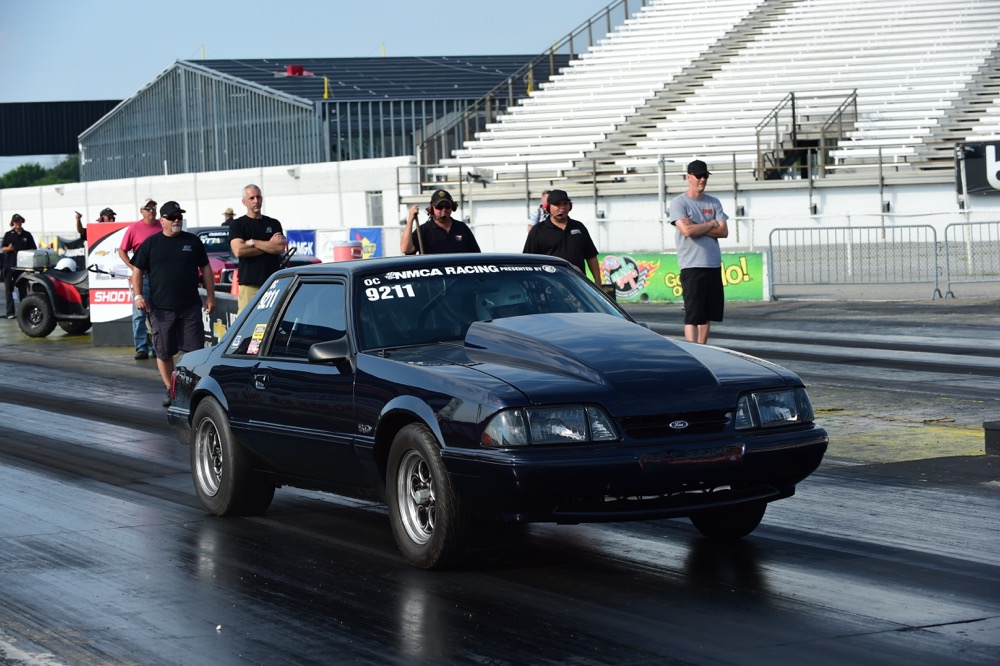 When Joy Neuenschwander married NMCA Quick Lane at Downs Ford NA 10.5 driver Chad Neuenschwander twenty-five years ago, she knew she was entering a life of race cars and racing, and that was just fine with her. In fact, it wasn't long before she was rowing gears in her manual transmission-equipped 98 Mustang on the street, and then rowing gears in her manual transmission-equipped 88 Mustang on the strip, where she earned an NMCA Gear Vendors True Street win in the 13-second index in 2012. What that and watching her husband race his Fox body Mustang to eight-second elapsed-times did was add fuel to her fire and and make her want to up her game, so they swapped her existing 302 cubic-inch engine for a Coyote crate engine, and backed it with a Tremec TKO 500 by Bob Hanlon with G-Force internals. It took a few years, but she debuted the car wearing custom blue paint by the Candy Shop at the 15th Annual NMCA All-American Nationals at Lucas Oil Raceway in Indiana in late June, 2016. 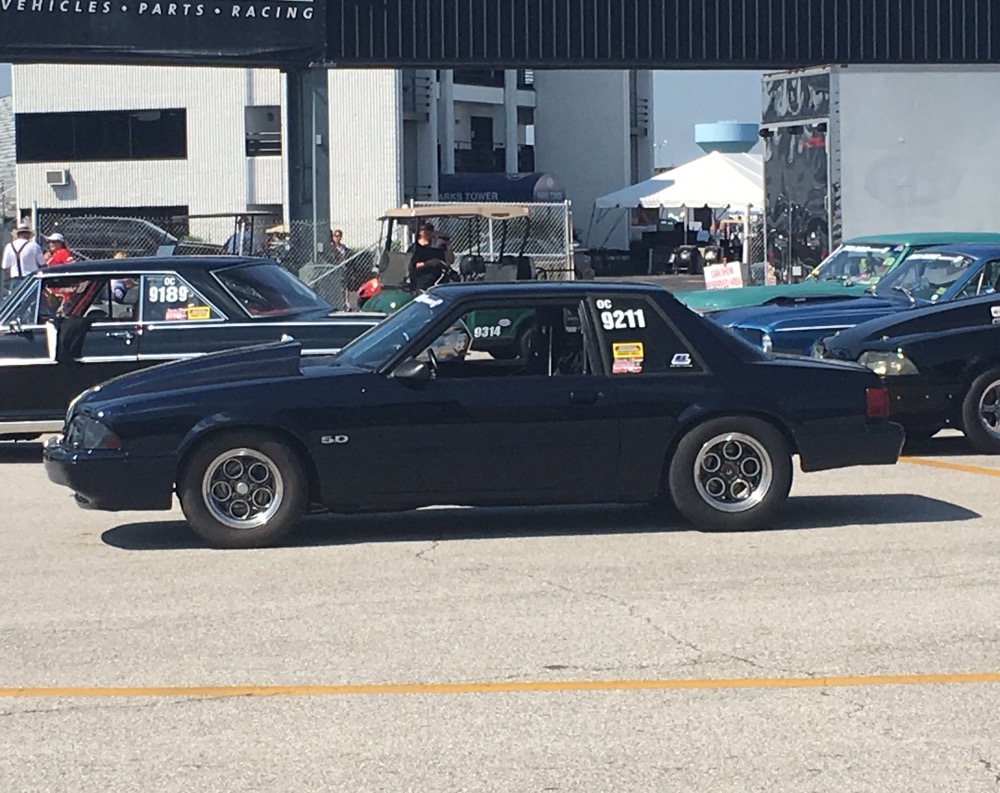 With a tune that Bachota Performance helped lay on the car with a Ford Performance Parts engine management system, and with her husband putting her in the waterbox and crew member Scott Waters lining her up on the starting line, she made pass after pass and achieved a best of 10.86 in MagnaFuel Open Comp. I was a little rusty, and I made a few mistakes and lost in the first round, but I was still happy, said Neuenschwander, who drives a five speed transmission-equipped 06 Mustang to her job as the director of operations for a commercial real estate company. It was great to go down track again. While the Ft. Wayne, Indiana-based driver will run NMCA MagnaFuel Open Comp again at the 11th Annual Nitto Tire NMRA/NMCA Super Bowl of Street Legal Drag Racing, July 28-31, 2016 at Route 66 Raceway in Joliet, she plans to move to NMRA American Racing Headers Factory Stock by the end of 2016 or in early 2017. We're still sorting out the tune, and we'll have to add weight before I can move to Factory Stock, but that's where I want to be, said Neuenschwander, whose son, Dylan, currently races a junior-dragster and will soon climb into a 2006 Mustang. I'm really looking forward to this. http://vid613.photobucket.com/albums/tt211/MaryLendzion/MOV_1027.mp4