By Mary Lendzion Justin Fogelsonger began watching NMRA racing when the exciting series first emerged. Then, he dove into Richmond Gear Factory Stock in 2014, and hasn’t looked back. While his responsibilities at work prevented him from competing all six events on the annual tour in years past, he was able to attend all six events on the 2021 tour, and the end result was rewarding. In his Mustang packing a Gen 1 Coyote engine by Joe Cool of JWC Performance and a C4 by Sean Wiley of Pro-Formance Transmissions, Fogelsonger qualified in the second spot with a 10.23 and went all the way to the NMRA Winner’s Circle with a 10.15 at the BMR Suspension NMRA Spring Break Shootout in March at Bradenton Motorsports Park in Florida. “Winning at Bradenton was a highlight,” said Fogelsonger. “It was my first time racing there.” The Pennsylvanian went on to lead qualifying with a 10.29 and finished as the runner-up with a 10.28 at the Scoggin Dickey Parts Center NMRA/NMCA All-Star Nationals presented by MAHLE Motorsport in April at Atlanta Dragway. He followed that with a 10.15 to qualify in the third spot at the NMRA/NMCA Super Bowl of Street Legal Drag Racing presented by HPJ Performance in May at World Wide Technology Raceway in Illinois, and later won the rain-delayed race. 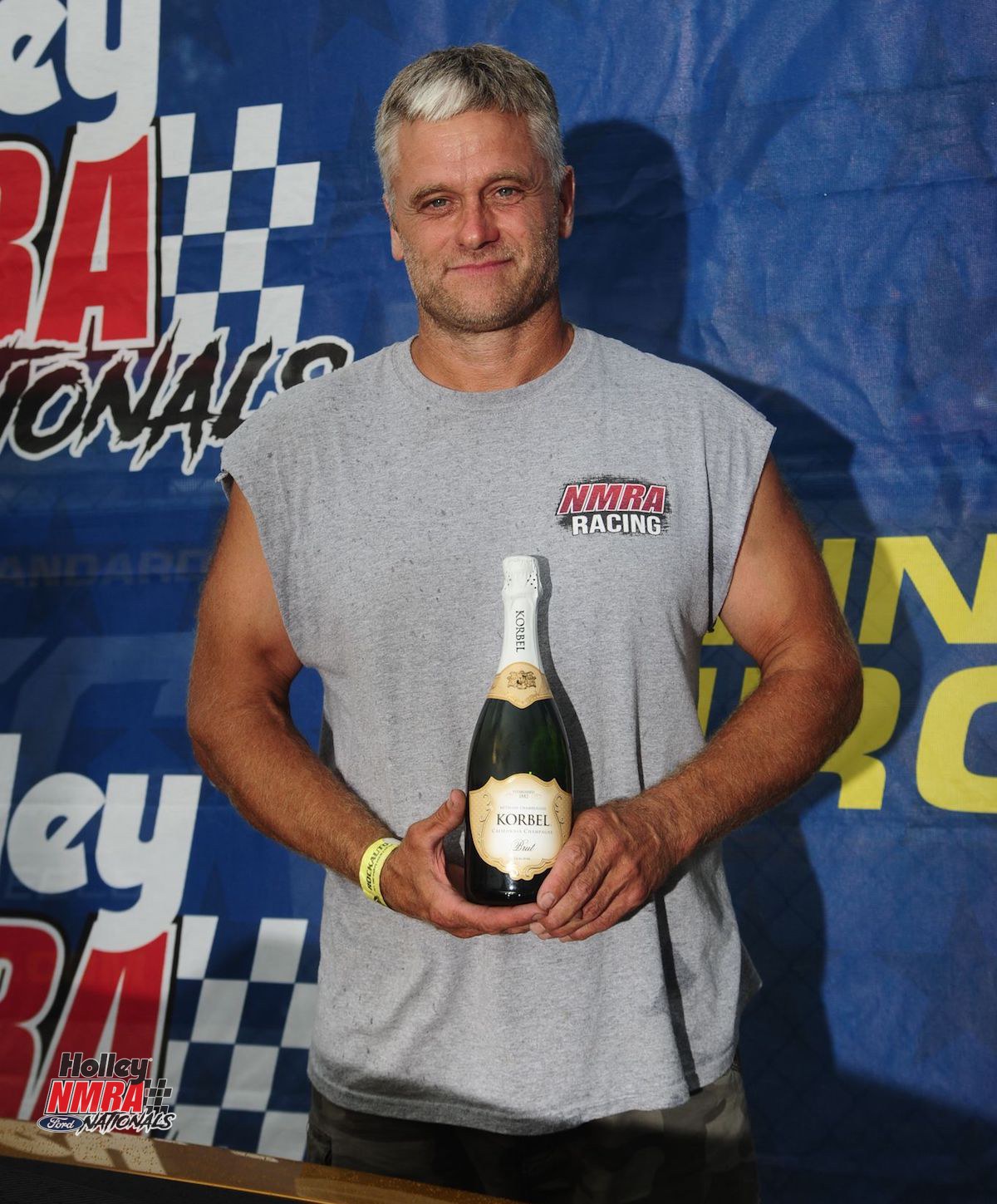 Doing well in the points chase, he qualified in the third spot with a 10.39 and finished as the runner-up with a 10.41 at the NMRA Ford Performance Nationals in June at Summit Motorsports Park in Ohio, and then qualified in the fourth spot with a 10.39 and exited eliminations in the second round with a 10.39 at the Inaugural Arrington Performance NMRA/NMCA Power Festival presented by Force Engineering in July at U.S. 131 Motorsports Park in Michigan. Raring to reach the finish line, Fogelsonger qualified in the third spot with a 10.19 and exited eliminations in the semifinal round with a 10.26 at the final event of the season, the Whipple Superchargers NMRA All-Ford World Finals presented by Competition Clutch and Holley Intergalactic Ford Festival in September at Beech Bend Raceway Park in Kentucky. With that, he wrapped up the 2021 Richmond Gear Factory Stock championship. “I was grateful that I was able to make each race and have a chance at the championship, and that my wife, Katie, was able to come to three of them with me,” said Fogelsonger, who also is celebrating the birth of his first grandchild, as his son, Mason and his girlfriend, Nicole, very recently welcomed their child, Justin William Fogelsonger, to the family, with his daughter, Jordan, as the on-call nurse who helped deliver the baby. “It has been a pretty exciting time for the Fogelsonger family.” Fogelsonger will be feted at the NMRA Ford Nationals Champions Ceremony, held during the PRI Show on Dec. 10 at the Indiana Convention Center, and in the upcoming Champions Issue of Fastest Street Car Magazine. “I’d like to thank Booze Brothers Racing, Charlie Booze, Dan Ryntz, Scott Milhimes, my sons, Corbyn and Mason Fogelsonger and their friends, SST Performance, Stymiest Brothers, my wife, Katie, JWC Performance, Pro-Formance Transmissions LLC, the many contingency sponsors, the NMRA and the many friends, family and fellow racers for their continued support.” 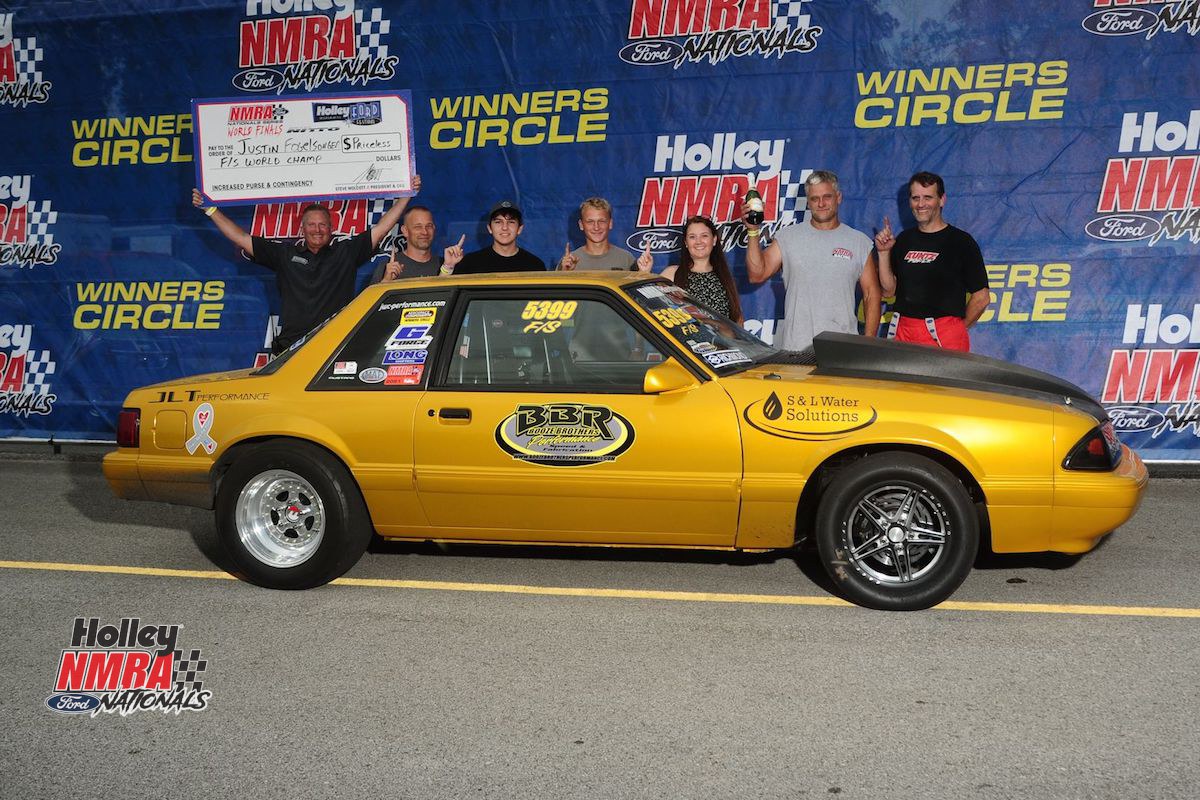