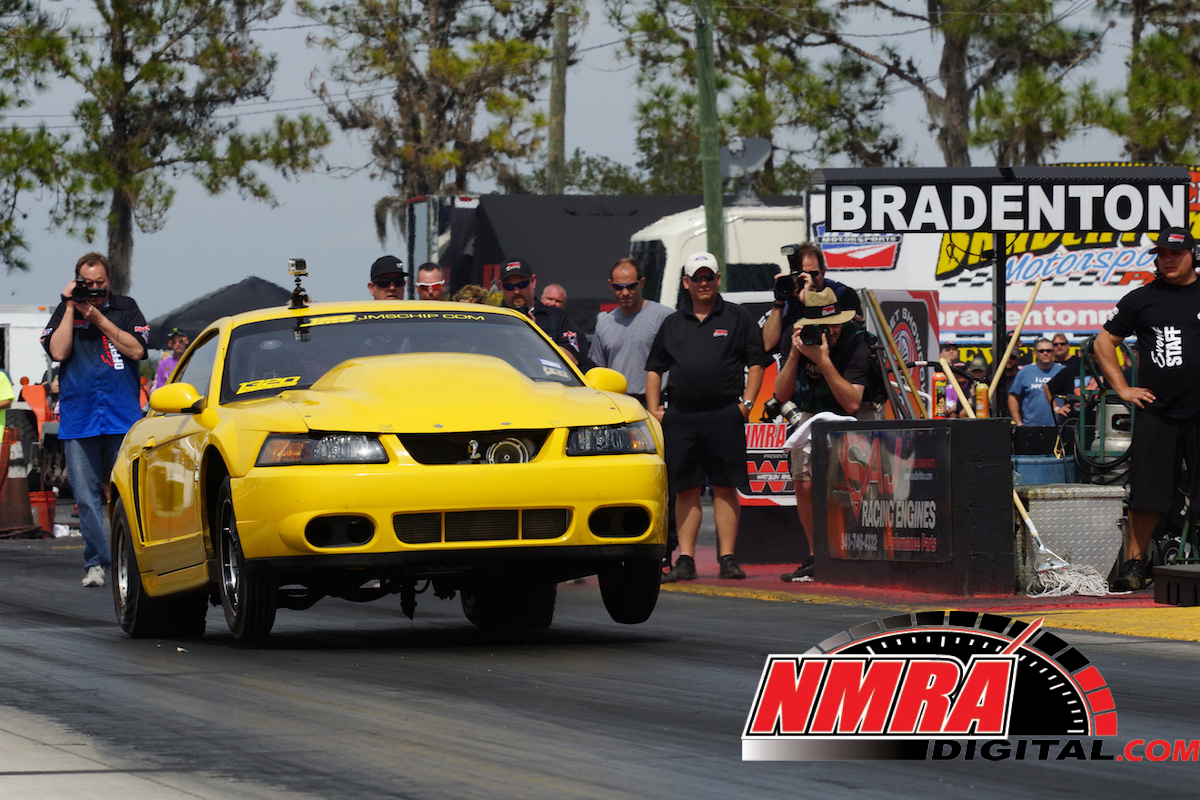 One of the highlights of the Nitto Tire NMRA/NMCA Super Bowl of Street Legal Drag Racing over the weekend of July 28-31, 2016 at Route 66 Raceway (Joliet, IL) are the guest appearances by Discovery Channel's Street Outlaw television show's Daddy Dave Comstock and Chris BoostedGT Hamilton. Rather than just make some test hits with his 2003 SVT Cobra, BoostedGT is looking to finish what was started at KOTS, one of the original No Prep races that is run at Great Lakes Dragway, earlier this year and called out The Grinch. The two racers agreed to settle the score at Route 66 Raceway on Saturday of the NMRA/NMCA Super Bowl of Street Legal Drag Racing. The Grinch and I have had some great battles at KOTS over the years and we are looking to settle a grudge from the race earlier this year since we didn't get to line-up, remarked BoostedGT during a conversation with NMRA/NMCA race officials. BoostedGT won their first grudge race last year but the two parties failed to get it organized at the event back in June.

The pair of Mustangs are quite contrasting with BoostedGT relying on a turbocharged small-block while The Grinch favors a big-block Chevy on spray as his powerplant. NMRA/NMCA race officials will turn off the clocks and negotiations are underway on whether it will be an instant green light start or a .400 Pro tree, the actual race format, and final dollar figure. We do know that the race distance will be an eighth-mile in length and they have a locked in deposit to guarantee the race. Will BoostedGT ride the winning streak that he has been on lately or will The Grinch steal the victory
BoostedGT
,
Nitto Tire
,
NMCA
,
nmra
,
Street Outlaws
,
Super Bowl