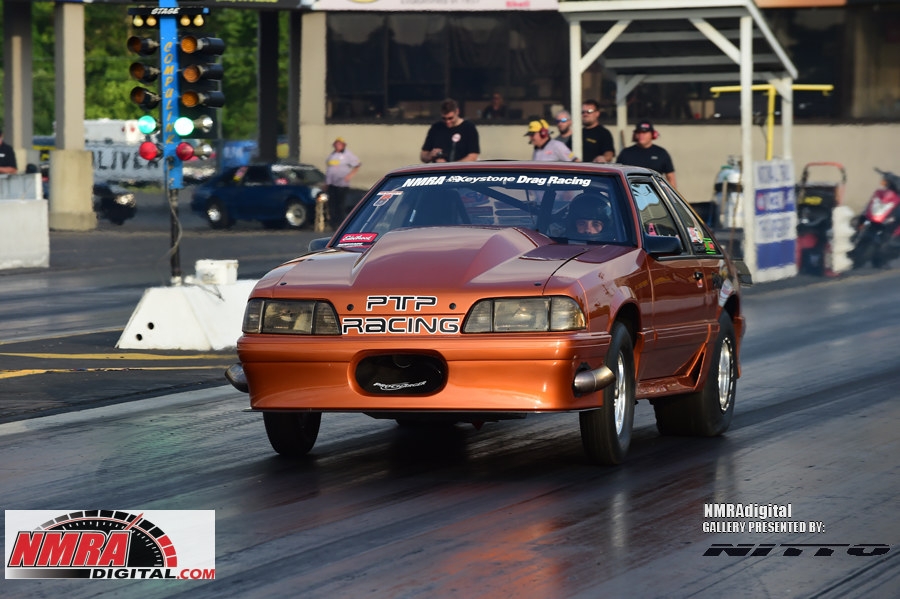 While Adam Arndt's name is already on the NMRA Edelbrock Renegade map, he put it on the NMCA Edelbrock Xtreme Street map by flying to a 7.67 to qualify fourth in a field of thirteen at the 15th Annual NMCA All-American Nationals at Lucas Oil Raceway in Indiana in June. It was the first time the longtime driver had run in the class designed for small-tire cars with stock frame rails powered by small-block or big-block engines and a single blower, turbo or nitrous. He knew he would have his work cut out for him as the current class records are the 7.55 and 179 mph held by Eric Kenward, but he proceeded to pump out the power pass after pass, and posted a 7.80 to win in the first round and a 7.82 to win in the second round. While he was consistent with another 7.80 in semifinal, it wasn't enough to outrun eventual event winner Louis Filippides and his 7.65. Arndt, who has run as quick and fast as 7.48 at 181 mph with his MCRP-built 355 cubic-inch small-block Ford, Edelbrock Victor Jr. heads, Edelbrock Super Victor intake and ProCharger F1C 10.5, had to add 25 pounds and swap his 275 Mickey Thompson ET Street Radial Pros for Mickey Thompson ET Streets to run in Edelbrock Xtreme Street, but neither change proved to be too challenging. 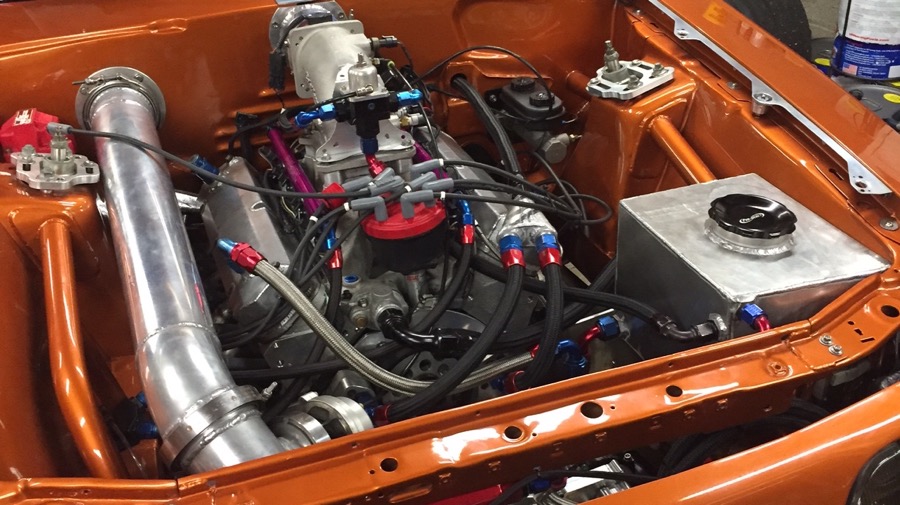 I had to make some changes to our power management, especially when it came to the initial hit on the starting line, but other than that, the Renegade set-up crossed over to Xtreme Street pretty easily, said Arndt, who was pleased with his performance and his Mustang's performance, especially considering he was the new kid on the heavy-hitter block for the weekend. Now, after focusing on NMRA Edelbrock Renegade at the upcoming 11th Annual Nitto Tire NMRA/NMCA Super Bowl of Street Legal Drag Racing, July 28-31, 2016 at Route 66 Raceway in Joliet, Illinois, he'll give NMCA Edelbrock Xtreme Street another whirl at the 15th Annual NMCA World Street Finals, Aug. 25-28, 2015 at Summit Motorsports Park in Norwalk, Ohio. I hope to go even faster, and while I don't know if that will happen in the summer heat, it might happen at the NMCA race in Norwalk or the NMRA race in Bowling Green, said Arndt. We'll see. The Allentown, Pennsylvania-based driver, who receives help from Jason Lee and Patrick Barnhill of PTP Performance and holds his tuning cards close to his chest, teased that he has gone back to the tune he had on his car at the season-opening NMRA race in March in Florida, but is mum on the specifics. All we know is that he's currently third in points and intent on moving on up.