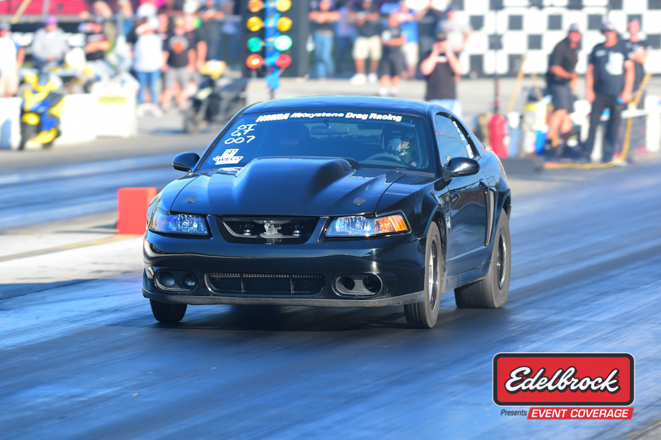 It's day three of the 20th Annual Nitto Tire NMRA World Finals, Presented by Holley EFI and today, champions will be made. Eliminations are in full swing and, as the final event of the year, prepare for records (and parts) to be broken as NMRA drivers load the spicy tune ups and get ready to send it! Get Sunday's schedule of racing action right HERE 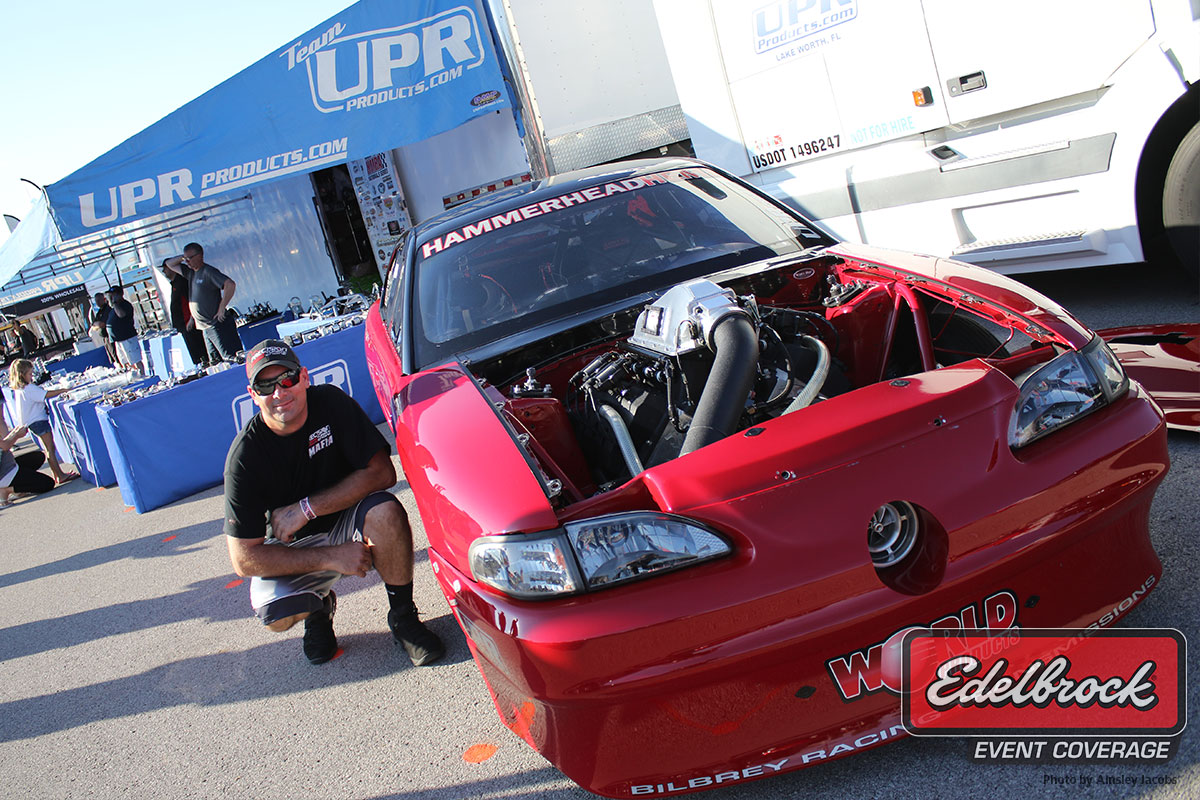 In the UPR Products booth in vendor midway is John Pryor's wicked X275 Mustang. The 25.3 chassis was built by Bivins Race Cars, and power comes courtesy of a unique Competition Auto & Machine 400 ci small block Ford engine built around a World Products block topped with Hemi heads from Hammerhead performance and a 417 Motorsports intake. Along with the Haltech engine management system, a Bilbrey Racing Transmissions two-speed 400and PTC converter put the 88mm single turbo's power to the ground. Additionally, a host of UPR components including control arms, A-arms, anti-roll bar, and more are also on board along with Mesncer shocks and struts. Pryor is hoping that the off-season rule updates from NMRA will allow for alcohol fuels in VP Racing Fuels Street Outlaw so that he can run next year. 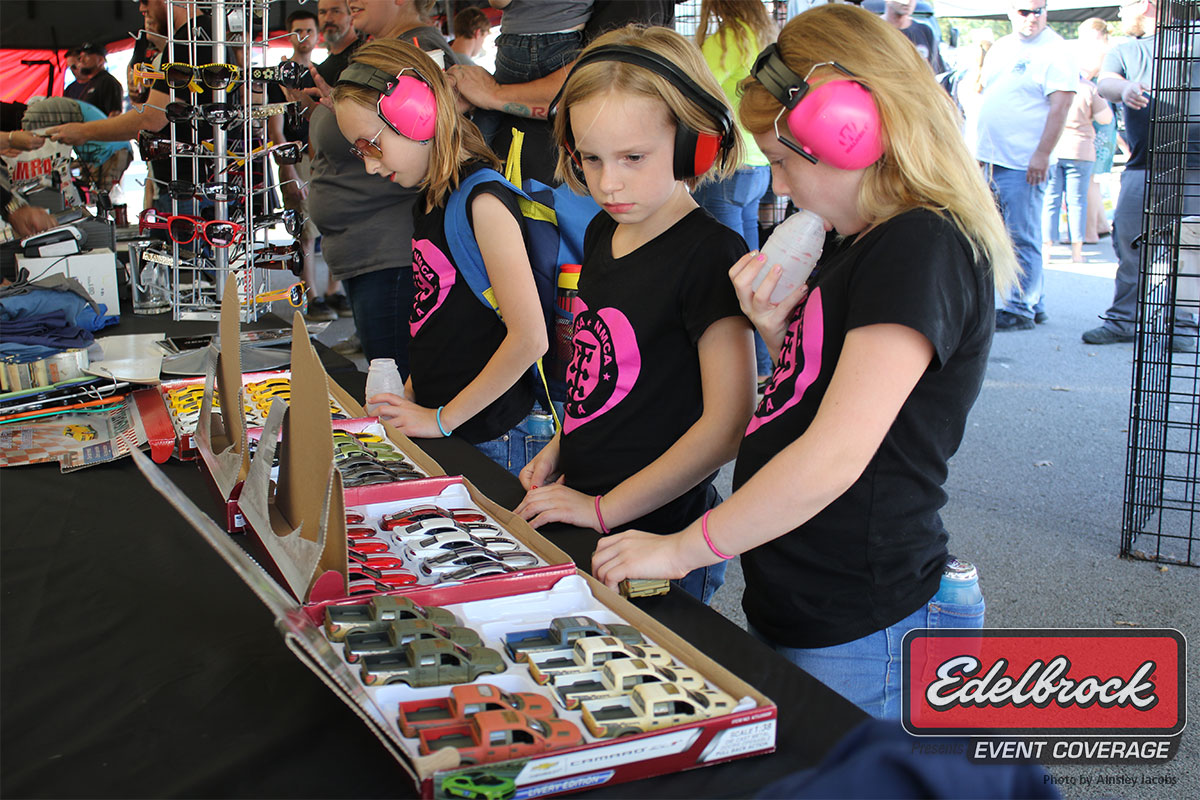 Future NMRA champions in the making, these young ladies have the right idea and are checking out the fun shirts and souvenirs available this weekend in the Powermall. Stop by today for your last chance at some great end-of-season sales and blowout special deals! 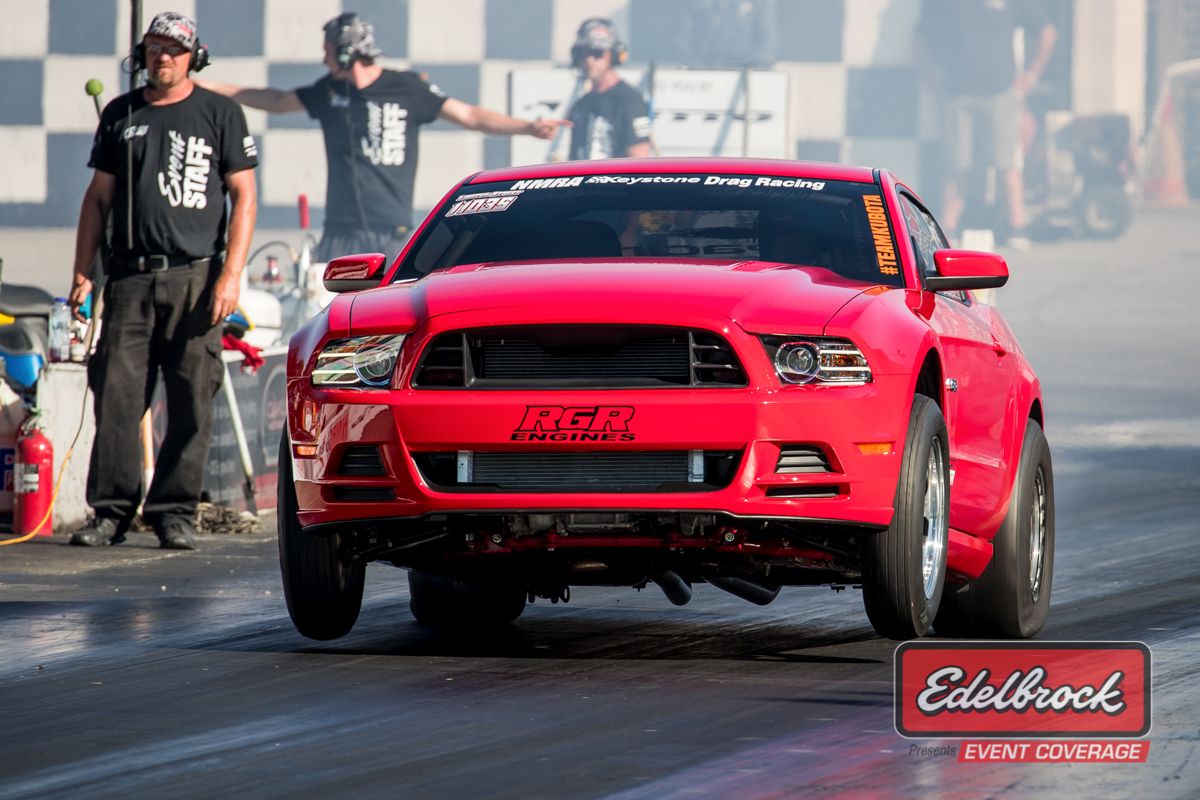 From the Steeda Limited Street class invitational hosted at this very race last year through the first three races of 2018, Kelly Shotwell had the car to beat in the class, running 8.6s at will with his full-weight, registered and insured street car. But his program saw problems at the third race in Pennsylvania, leaving room for others like Mike Ciborowski (pictured above) to swoop in and collect points. Going into this race, Shotwell just had to tech in, as he was the points leader by over 400 points, but he opted to stay home and regroup, saying that he didn't want to win the championship without racing for it. Ciborowski needs to go four rounds in today's eliminations to take the championship. 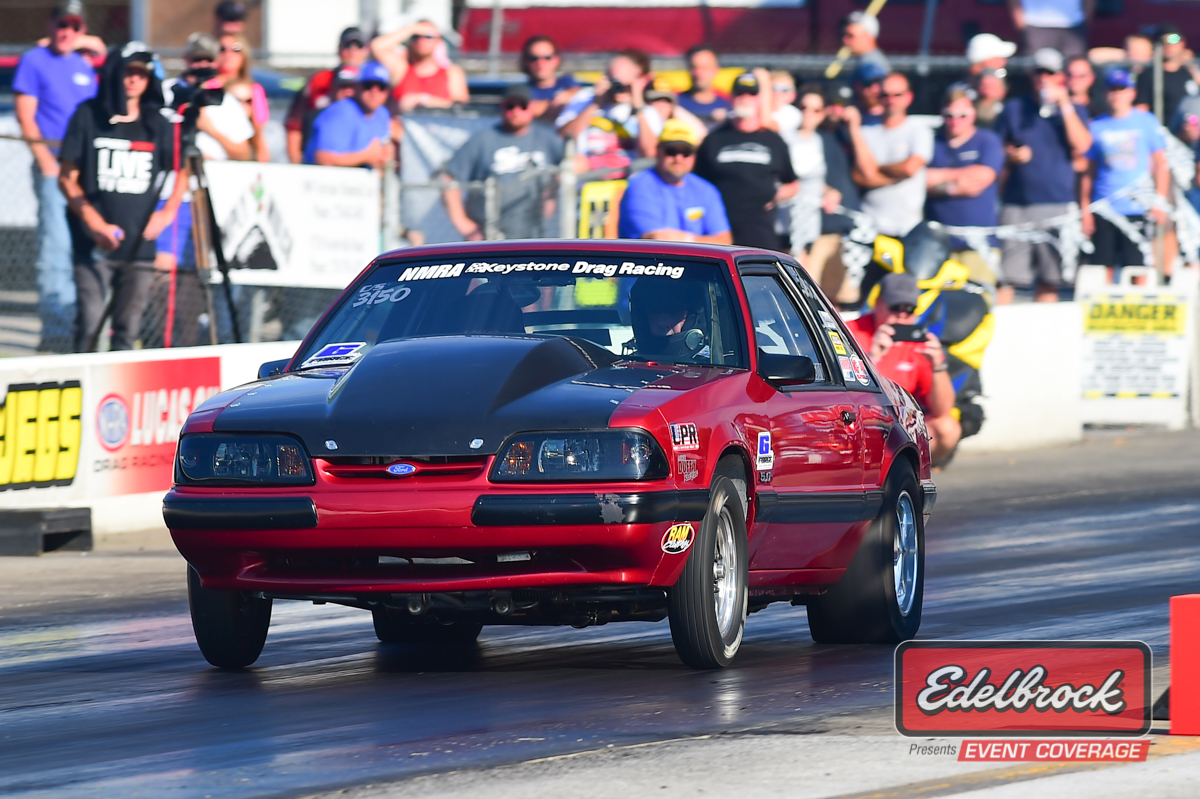 Sitting eighth in G-Force Racing Transmissions Coyote Stock going into eliminations, Andy Johnson has been following the herd trying to find a few more numbers, but his recent gear change didn't pan out as expected and he's gone back to his original gearset. A little clutch adjustment so that his 91 Mustang doesn't strike the tires at the hit and pull the motor down, and he's confident he can improve upon his 10.302 at 129.14 mph pass run in the heat of the day. The presenting sponsor of the 2018 NMRA World Finals, Holley EFI also put up a $500 bounty payout for any Holley EFI equipped racers that win this weekend in any of the following classes: Street Outlaw, Renegade, Coyote Modified, Open Comp, & True Street! Holley will also pick a winner in the car show for having a cool Mustang and they will receive a $250 certificate toward any Holley brand (except Racepak).
Get your QA1 True Street and Eliminations Results right HERE