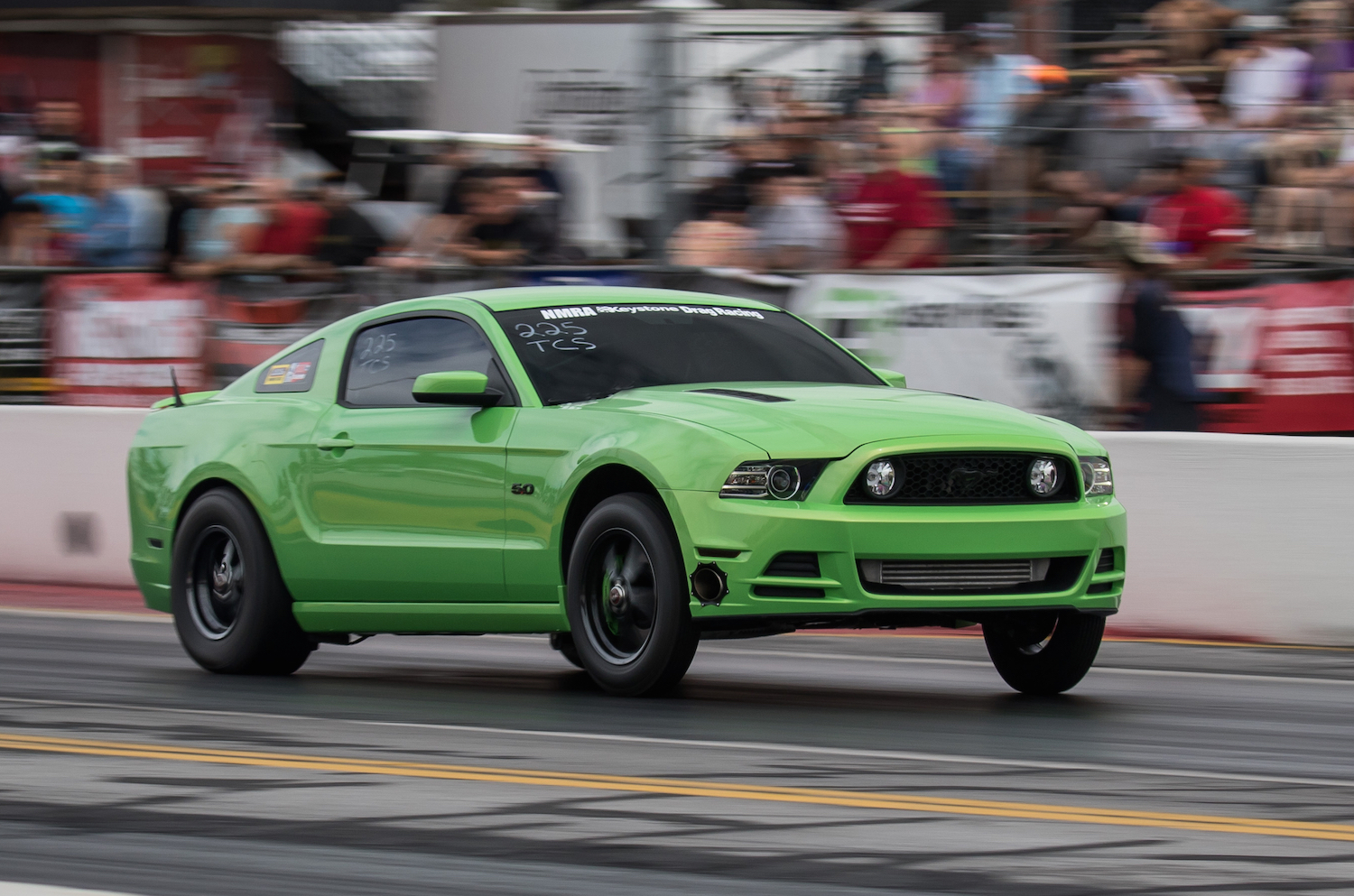 The Terminator/GT500 and Turbo Coyote Shootouts produced insane action at the first NMRA event in 2016 and it's sure to boil over with the second shootouts of the year! If you're a Terminator, GT500, or turbo Coyote fan then you won't want to miss the WyoTech and Keystone Automotive sponsored NMRA Ford Motorsport Nationals, which will take place at Maple Grove Raceway in Reading (Mohnton), PA, the weekend of April 28 May 1, 2016. VMP Performance has stepped up once again to sponsor the Terminator/GT500 Shootout class at the Pennsylvania event, bringing together some of the quickest Cobras and GT500s in the U.S. for a winner take all format at this special event. Each Terminator/GT500 Shootout participant will also receive a free entry into Saturday's QA1 sponsored True Street class (must fit True Street rules) for even more chances to win. JPC Racing has thrown its support behind the Turbo Coyote Shootout, which will showcase some of the fastest and wildest turbocharged Coyote powered late-model Mustangs on the planet. JPC Racing has helped develop the Turbo Coyote Shootout category into the insane horsepower-infused class it has become.   Terminator/GT500 and Turbo Coyote class purses: