Written by Steve Turner
Photography by the author

As the Holley NMRA Ford Nationals season arrived at its crescendo in Bowling Green, Kentucky, during the 24th Annual Whipple Superchargers NMRA World Finals Presented by Competition Clutch Featuring the Holley Intergalactic Ford Festival, there was automotive action all over Beech Bend Raceway Park. The sound of revving engines and burning rubber also served as the ideal backdrop for the biggest UPR Products Car Show of 2022.

Now the car show is always big at the last event of the year, but this year it swelled to more than 700 cars on Saturday and wound around from the car show tent to the facility’s gate. On display was a cornucopia of Ford muscle from classic Fords to modern Mustangs and everything in between. A significant turnout of old-school trucks and Broncos showed significant customization and interesting engine swaps.

In all, the show was a delight for Ford fans, and we are highlighting some of the class winners on these pages. It also portends an even bigger turnout next year, so if you considered showing your beloved Blue Oval ride at the Ford event of the year, it’s never too early to start prepping it for next year’s event in late September. 
When it is clean, nothing looks better than a black hot rod. The dry dusty conditions had Steve Enberg constantly cleaning his ebony ’69 Mustang, but all his efforts paid off. The car, also known as Elvira, cast its spell on the judges and earned the coveted Best of Show award in Bowling Green. Powered by a 600-cube Kasse Boss Nine, this restomod blends classic style with modern muscle. Under the control of a FAST fuel-injection system, the big-block sends power to a TREMEC six-speed manual transmission to a 9-inch rear planted by a Detroit Speed four-link rear suspension. Balanced by a TCI front suspension, Elvira rides on Forgeline wheels. With several custom touches inside and out, it’s easy to see why the Mistress of the Dark took top honors.


While it was the Terminator swap under the hood that first caught our attention, it was the sleek exterior of Tommy Wright’s 1965 Mustang that earned the Best Paint & Body award in Bowling Green. This restomod has a little something for everyone to enjoy.


Another classic that caught our attention on Friday afternoon was Brian Hood’s 1965 Mustang, which earned the Fastest Street Car award on the first day of the show. It was the rad custom air cleaner in the shape of a factory engine cover that stood out atop its Coyote swap. However, the luxe custom interior replete with an S550 center console that nabbed the Best Interior award on Sunday.


It wasn’t just pony cars that galloped away with hardware at the 24th Annual Whipple Superchargers NMRA World Finals Presented by Competition Clutch Featuring the Holley Intergalactic Ford Festival. There were classes for all manner of Fords, and Brad Hugus’ 1964 Fairlane Thunderbolt, a star of the Total Performance era, took home the Best Ford ’49-Up award.


With perfect weather over the weekend, it must have been a blast for Jason Ferguson to wheel his 1923 T-Bucket through the winding hills leading into Beech Bend Raceway Park. His rad classic rumbled away with the Best Street Rod, Pre-’49 award.


As we mentioned, there was a strong show of classic Ford trucks and Broncos in Bowling Green. A case in point is Robert Lafata’s 1978 Bronco. It hauled away the Best Bronco ’66-’80 award.


Looking cleaner than the day it rolled off the assembly line, Catherine and Clyde Dunphy’s 1969 Mach 1 took home the Director’s Choice award for Outstanding Mustang ’64-’70.


In a class that encompassed the biggest and smallest stallions, it was a big-body steed — Ron Starr’s mildly modified 1972 Mach 1 — that took the win in the Mustang ’71-’78 category.


If there is one car that stops this writer in his tracks, it is a clean, stock Fox Mustang. The judges must agree, as Clinton Newsome’s stock-as-a-rock 1989 Mustang scored the Best ’79-’93 Mustang award on Sunday. 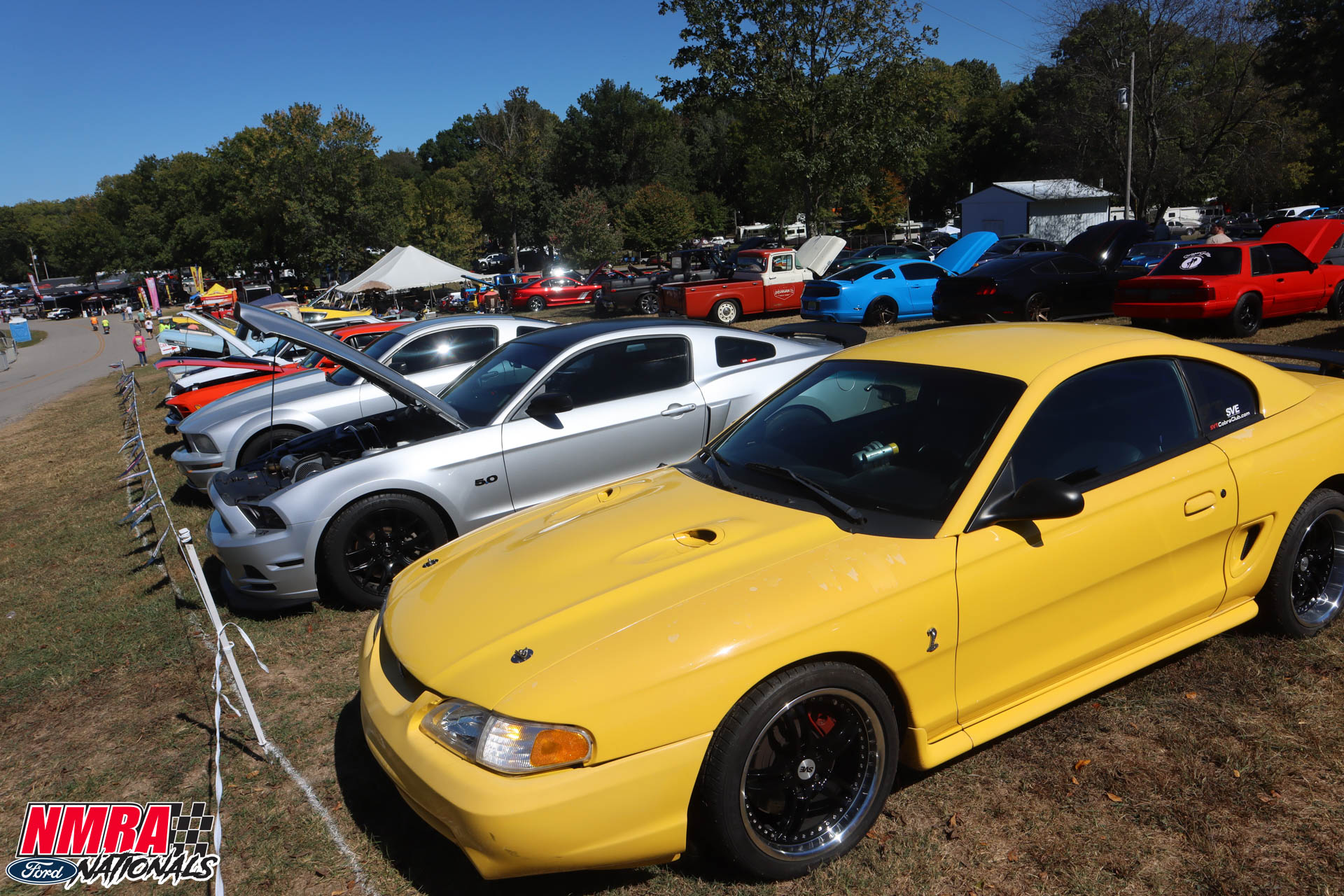