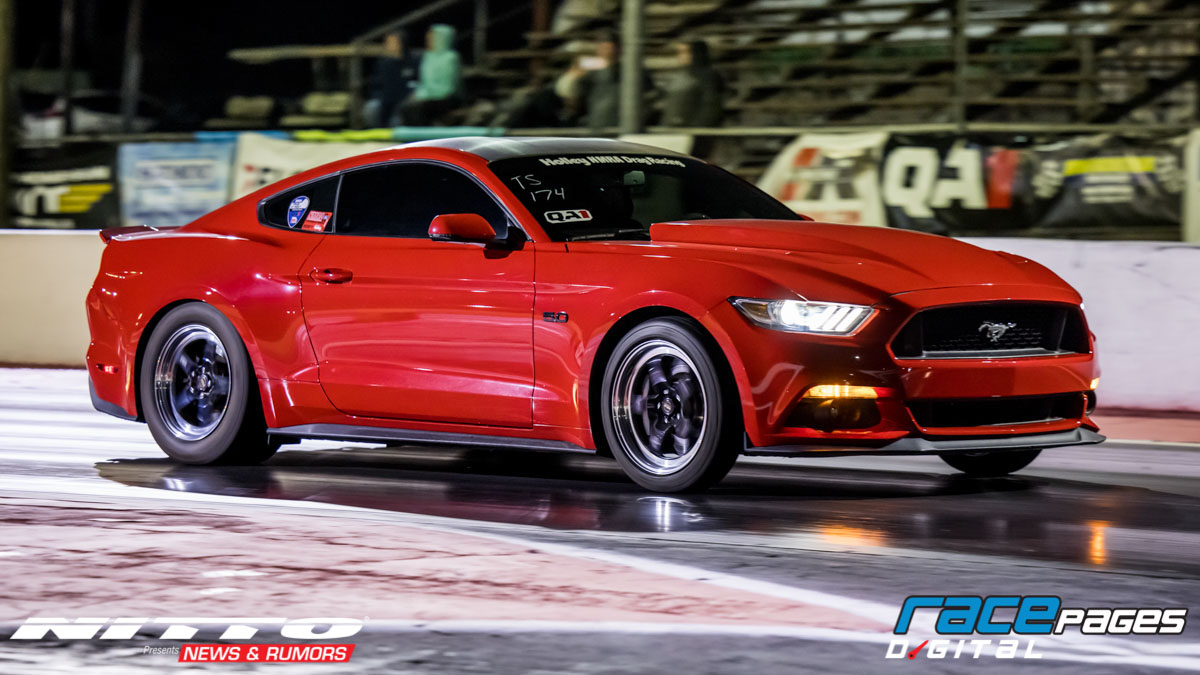 -- Bipartisan Pro-Motorsports, Pro-Business Legislation Introduced To Protect the Future of Racing and Motorsports-Parts Businesses -- -- Americans Send More Than 1.5 Million Letters Urging Congress to Sign the RPM Act Into Law -- Senators Richard Burr (R-NC) and Jon Tester (D-MT) have reintroduced the Recognizing the Protection of Motorsports (RPM) Act (S. 2736) in the U.S. Senate. The pro-motorsports, pro-business bill, which was reintroduced in the U.S. House of Representatives in May 2021, is critical to ensuring that racers can continue to modify street vehicles into race cars used exclusively in competition, and that businesses can continue to produce, market, and install racing equipment. The bipartisan Senate bill includes six original sponsors, including Mark Kelly (D-AZ), Joni Ernst (R-IA), Joe Manchin (D-WV), and Thom Tillis (R-NC). The racing community has been vocal in supporting the RPM Act since 2016, after the Environmental Protection Agency (EPA) first declared that the 50-year-old Clean Air Act does not allow street vehicles to be converted into racing vehicles, even if the vehicles are trailered to the track and are used exclusively for motorsports competition. The RPM Act enjoys unprecedented energy in 2021, as racers and motorsports parts businesses have sent more than 1.5 million letters to federal lawmakers urging passage of the bill this year. The racing industry has made clear that the RPM Act is critical to protecting an American pastime and the small businesses involved, said Dr. Jamie Meyer, President of Performance Racing Industry (PRI). We thank Senators Burr and Tester for introducing the RPM Act in the U.S. Senate and for bringing the bill one step closer to becoming law. The RPM Act is now being considered by both the U.S. House of Representatives and the U.S. Senate. The bill is well positioned for passage in the current Congress as a result of the strong grassroots support for the legislation. Members of Congress are familiar with the RPM Act, which has already been the subject of hearings in previous years by the House Energy and Commerce Committee and the Senate Environment and Public Works Committee, which have jurisdiction over the bill. Amateur motorsports is a unique American pastime, said Senator Burr. This bipartisan legislation provides certainty for folks who enjoy America's long-held racing tradition, in the spirit Congress intended when it passed the Clean Air Act more than 50 years ago. I'm proud to work with my colleagues on this common-sense legislation to protect the legacy of American motorsports for years to come. Motorsports competition involves tens of thousands of participants and vehicle owners each year, both amateur and professional. Retail sales of racing products make up a nearly $2 billion market annually. A majority of the estimated 1,300 racetracks operating across the U.S., including oval, road, dirt and off-road, feature converted race vehicles that the EPA now considers illegal. Folks in the motorsport community have always relied on the freedom to modify their vehicles to race and compete, said Senator Tester. This legislation will codify that freedom into law by preventing unnecessary regulations on motorsport hobbyists, allowing amateurs and professionals alike to uphold tradition while still following the intent of the Clean Air Act. As advocates for the worldwide motorsports industry, PRI is urging the racing community to unite and contact lawmakers to pass the RPM Act. It is critical that members of Congress continue to hear from the racing and automotive enthusiast communities about the importance of passing the RPM Act into law during this session of Congress, said Meyer. We've witnessed the impact that our actions have had in getting the RPM Act to where it is today, but we must continue the momentum and continue to tell Congress to pass the RPM Act immediately. Supporters can contact their legislators about the RPM Act by visiting www.saveourracecars.com. About Performance Racing Industry Performance Racing Industry fuels the passion for motorsports by building, promoting, and protecting the worldwide racing community. PRI supports the interests of racers, enthusiasts, builders, tracks, sanctioning bodies, and businesses through legislative action and advocacy, its monthly business magazine Performance Racing Industry, and the world's premier auto racing trade show, the PRI Trade Show. PRI also supports businesses by providing market research, education, and best practices in motorsports business and racing technology. For more information, visit PerformanceRacing.com.
PRI
,
RPM ACT
,
SEMA